Lack of UK support to tech firms ‘an embarrassment’ 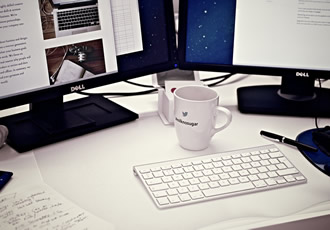 All eyes are on Las Vegas this week as the Consumer Electronics Show (CES) 2017 kicked off on 3rd January. While global industry professionals and consumers await the unveiling of great technological innovations, Gary Shapiro, CEO of the Consumer Technology Association that organises the event has commented that the UK government has done little to encourage technology start-ups.

In a statement, Shapiro said: "Britain's been a little slow to the game honestly. We have a minister from Britain coming but there's not a lot of activity that we've seen at CES. I think it's a source of embarrassment."

The CEO’s comments have received a mixed reaction. While a spokeswoman for the UK's Department for International Trade has argued that they provide "targeted support" to companies, many British firms do indeed feel dissatisfied by the help provided.

Smarter Applications is a British company that is launching a webcam that alerts users when food in their fridge is reaching its expiry date. Isabella Lane, Managing Director, is frustrated by the lack of government support in the start-up scene: "We've been invited to networking drinks from the Holland embassy and plenty of other European countries that have a presence there and support [their start-ups] by doing networking events. We don't have anything of that ilk and there is no UK government base over at CES. In France they are supported financially to go to those events and we are not."

If you look at the facts surrounding CES 2017, it is evident that UK representation leaves a lot to be desired. Some 248 French companies are attending the show compared to 55 from the UK. The French government has been praised for the support it provides to start-ups, and there is such a significant concentration of new digital incubators in Paris that some are calling it the Silicon Valley of Europe.

What exactly is preventing the UK from exhibiting at CES? Bluemint Labs – a Grenoble-based start-up – is to receive refunds for some travel and accommodation costs from Minalogic, a global innovation cluster for digital technologies that serves the Auvergne-Rhone-Alpes region. Similar grants are available in the UK but they are difficult to qualify for, according to Lane. "You have to fit very particular requirements, and as a hardware-software smart home start-up we didn't quite meet them," she stated.

However, Shapiro has made it clear that government funding is not the answer. Whereas the prince of the Netherlands is attending CES this year, the UK has no similar attendees. In order to tap into the UK’s tech potential, greater political leadership is required. If we can increase support and coverage of the UK start-up scene, perhaps we can increase British presence at trade shows and also convince the next generation of coders, designers and engineers that they have made the right career choice.