What is the future of VR & AR for businesses?

Home > VR/AR > What is the future of VR & AR for businesses?
21st June 2017
Source: Strategy Analytics
Posted By : Alice Matthews 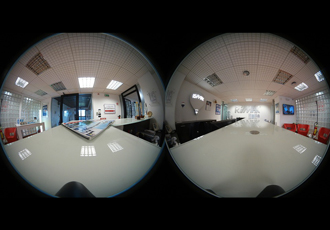 At London’s TechXLR8 trade show which took place 13th to 15th June 2017, David MacQueen, Executive Director, Apps and Media, Strategy Analytics, gave a talk entitled ‘Harnessing VR & AR enterprise opportunities’. Strategy Analytics predicts that half a billion VR headsets will be on the market by 2022, and that this sector will be dominated by low cost smartphone VR. On the other hand, while niche in terms of volume, many enterprises use PC-based VR and this accounts for 40% of total VR & AR revenue.

In the business sector, MacQueen explained that VR can enhance both collaboration and communications, giving the example of Microsoft’s Windows VR headset which projects a holograph of the person you’re speaking to in the room with you.

Together, VR & AR open up object sharing and environment sharing for enterprises. MacQueen stressed that document sharing revolutionised businesses, because it hugely reduced waiting times, and hinted that VR & AR could be the next revolution. For example industrial designers could share a design, hence enabling an understanding of the object in context, rather than isolation.

In regards to environment sharing, architects could use VR & AR to see how a new building would fit into its surroundings. Another example MacQueen gave was that of estate agents; potential home owners could put on a VR headset, virtually ‘walk’ around 20 different properties, and then choose their favourites to physically view. This would significantly reduce time and fuel costs.

VR is also useful in situations where failure is catastrophic, for example military or medical applications. VR can also be used to measure the user’s attention, which would be suitable for online training material. In September 2017, students at the ESGCI business school in Paris will experience certain lessons taught by Artificial Intelligence.

When wearing a VR headset, MacQueen explained that the user is “effectively in an isolation tank.” Through eye tracking and, potentially, haptic gloves, it is possible to track the user’s attention.

MacQueen predicted that the winners in the VR & AR market are likely to be those who successfully build a platform and then ‘productise’ it. He mentioned that STRIVR and Virtalis are two of the names to look out for.

While on paper VR & AR looks set to revolutionise businesses, MacQueen stressed that we are still very much at the first generation of hardware. Headsets are clunky and require many cables, so 5G or next-gen WiFi could be a solution.

When designing new headsets, there are a range of factors to consider. One of the most important is that of comfort and heat, MacQueen commented that 25% of negative reviews of Samsung Gear VR made reference to heat. As the smartphone must run on full power to function in the headset, it heats up quickly and can discomfort the user.

If they want VR solutions to be suitable for eight hour working shifts, MacQueen explained that companies need to also address the issue of battery life and rugged devices. Currently there are no hard-wearing VR devices on the market. In addition, the human machine interface (HMI) must become more intuitive. Having to give training in order to provide training is simply not viable!

MacQueen stressed that the VR & AR development process in the enterprise space is much slower than its consumer counterparts. Business VR products need “evolution, not revolution.”