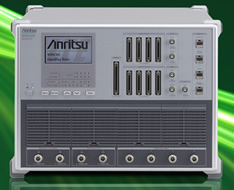 Both the Gobi 9x35 and Anritsu MD8430A LTE simulator support CA with two LTE FDD or TDD component carriers (CCs), each with a bandwidth of up to 20 MHz, allowing Category 6 peak data rates of 300 Mb/s in the downlink.

In order to ensure the functionality and performance of a Category 6 CA device, the LTE network simulator should be capable of testing under a range of conditions, including bidirectional downlink/uplink traffic, RF impairments, and a variety of Secondary Component Carrier (SCC) conditions. In addition, the simulator should be capable of dynamic scripted protocol-level testing and not just replication of static conditions. The MD8430A is the first LTE Simulator on the market to offer these advanced CA capabilities, such as implementation of Hybrid Automatic Repeat Request (HARQ), under high throughput conditions.

“Anritsu is pleased to work with Qualcomm Technologies in support of Category 6 CA and the latest LTE Advanced features,” said Wade Hulon, General Manager and Vice President of Anritsu Company. “We understand that wireless carriers are depending on CA to meet consumer demand for ever high data rates, and are pleased to be at the forefront of this enabling technology.”

“This demonstration with Anritsu to showcase LTE Advanced Category 6 peak data rates is an important validation of our latest modem technology,” said Serge Willenegger, vice president of Product Management, Qualcomm Technologies. “Gobi 9x35 is our 4th generation of multimode LTE modems and is leading the mobile industry to the next phase of LTE Advanced with support for up to 40 MHz carrier aggregation on LTE FDD and TDD.”

The MD8430A is a scalable LTE network simulator, with five models ranging from Functional Test Model (FTM) to Performance Test Model (PTM), and available software options for both LTE FDD and TDD for any model. The associated Rapid Test Designer (RTD) graphical test software enables quick scripting of tests, with an intuitive user interface as well as available layer 3 and lower-layer libraries. With the addition of the MD8430A-085 Carrier Aggregation option to either of the two top models, two CCs with 2x2 MIMO are available in the downlink (up to 40 MHz total), with support for Category 6 and up to 300 Mb/s downlink throughput.