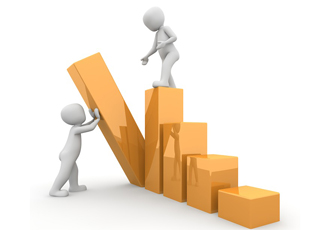 Inventory corrections, slowing smartphone shipments, and pullbacks in purchase orders throttled sales growth in semiconductor sensors and actuators last year, resulting in a subpar six percent increase in 2018 to a record high $14.7bn after double-digit percentage gains in 2017 and 2016, according to IC Insights’ 2019 O-S-D Report - A Market Analysis and Forecast for Optoelectronics, Sensors/Actuators, and Discretes.

The downtrend in sensor/actuator growth carried into the first quarter this year with worldwide sales rising by just two percent compared to the same three-month period in 2018, but this semiconductor market segment is expected to reclaim some strength in the next six months and increase five percent in 2019 to a new record high $15.4bn, said the 350-page O-S-D Report.

After slowing to three percent growth in 2020 because of global economic weakness, sensor/actuator sales are expected to gradually regain stronger momentum between 2021 and 2023 to reach $21.1bn in the next four years (Figure 1).

Worldwide sales of sensors and actuators are both projected to grow about five percent in 2019 to reach $9.6bn and $5.8bn this year, respectively, according to the O-S-D Report’s forecast. Non-optical sensors and actuators are placed in the same market category by the World Semiconductor Trade Statistics (WSTS) organisation because these devices are transducers, converting one form of energy into another. (Image and light sensors are in WSTS’s optoelectronics market category and not counted in the sensor/actuator numbers.)

About 83% of sensor and actuator sales in 2018 ($12.2bn) came from semiconductors built with microelectromechanical systems (MEMS) technology. MEMS is used in pressure sensors (including microphone chips), accelerometers, gyroscope devices, and nearly all actuators. MEMS-based sensors and actuator sales grew six percent in 2018 after climbing 18% in 2017 and 15% in 2016, says the 2019 O-S-D Report. MEMS-based sensor/actuator sales are forecast to grow about five percent in 2019 to a record high $12.8bn, followed by a three percent increase in economically weak 2020, according IC Insights’ report.

Sales growth among the three main sensor categories was led by pressure sensors (including MEMS microphone chips) with a 13% increase in 2018 to $3.3bn, followed by acceleration/yaw sensors (accelerometers and gyroscope devices) with a four percent rise to $3.4bn, and magnetic-field sensors (including electronic compass chips) with a 4.0% gain to $2.0bn last year, says the O-S-D Report.