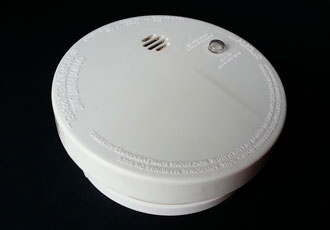 Manufacturer of the world's smallest IR sensor, JonDeTech has gained a design win with the Norwegian company, FireNanny which aims to integrate JonDeTech's sensor into FireNanny's overheating alarm.

“The application area is important and up-to-date and we think it can become very big,” said JonDeTech CEO, Robert Ekström.

The first series has undergone careful tests, and the result of these tests means that FireNanny now chose to move on with JonDeTech's sensor. The parties are to sign a commercial agreement in the near future, which JonDeTech previously also has communicated to the market.

The overheating alarm consists of a small device that attaches to a charger and monitors the temperature using the JonDeTech IR sensor JIRS3.

FireNanny's overheating alarm for chargers, including mobiles, laptops and tablets, is expected to be launched in the third quarter of 2018, and will be aimed at Norwegian insurance companies and major electronics chains. After that the plan is to make a launch in the other Nordic countries and Europe.

Overheating alarm application for IR sensor
“Even though we now at the present time, know nothing about the volumes, this recognition is a continuing step in to the very exciting area of applications for overheating protection,” said Robert Ekström, CEO of JonDeTech.

“Overheating alarm becomes increasingly important in our connected world, as we also have seen a numerous times in the media. It is also a perfect application for our sensor, it is a touch-free measurement that measures temperature and heat flow in products, where there is space shortage and high demands on precision and rapid response.”

He continued: "We work methodically to drive our projects forward towards multiple design wins with our customers. We see this design win, as a proof-of-concept, when the overheating alarm is being produced in a pre-order. Our assessment is that this will positively affect the other projects.”

“We have evaluated a number of suitable sensors that have the functionality we require for our innovation,” said Roar Berge, Chairman of the Board, FireNanny.

“JonDeTech's JIRS3 sensor was the one that had the performance that suited us best, where price, speed and accuracy were important parameters. Together with JonDeTech, we see long term cooperation where we can further develop our technologies together.”

JonDeTech's sensors are very small and thin (thickness 0.17mm) compared with conventional sensors, which enables them to be integrated into a variety of products at a low cost.