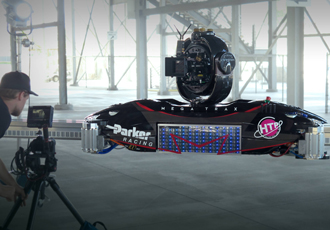 Howard McCain, co-founder and CEO, Mega Trax, said: “Elmo has a great reputation for precision motion control, which gave us a high level of confidence in the company. Then, we realised that Elmo’s servo drives were the only ones that could handle the power and motion control requirements that we needed to deliver extreme action shots with our robotic dolly system. Elmo helped us create a system that will give audiences the jaw-dropping ‘wow factor’ of real, live-action footage.” 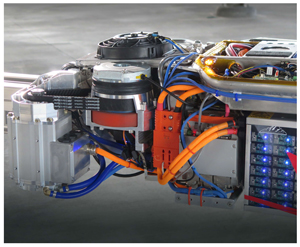 John McLaughlin, President, North America, Elmo Motion Control, said: “Mega Trax’s requisites for high power for acceleration and extreme power density outlined a unique and complex configuration that could only be achieved with a powerful, advanced motion control solution. Through deep motion control expertise and extensive experience, Elmo helped Mega Trax meet and exceed these expectations with high-efficiency servo drives and an easy-to-use programming software tool. It’s a thrill to contribute to the creation of such a revolutionary, disruptive technology for a high-profile, innovative industry. We look forward to future opportunities to collaborate with Mega Trax."