83% of brits want robots to do the dirty work 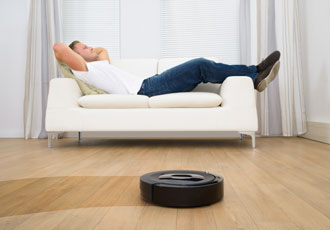 Industrial robot installations in the UK increased for the third year in a row to around 2,300 units (IFR World Robotics Report 2018). This is an increase of 31% (2016–2017). When asked about the workplace of the future, UK employees said they want robots to take over the unhealthy (83%), hazardous (77%) or monotonous (72%) jobs. These are the findings of the automatica Trend Index. In the UK, 1,000 employees were interviewed by a market research institute on behalf of automatica.

The majority of workers in the UK not only want robots to take over the dirty, dull and dangerous work: About 70% think that robots give people the chance to learn more qualified work and create more opportunities for education and training. Asked about the level of maturity, 40% of working people report, that training for the digital world has already been successfully established by their employer. But only 6% think such initiatives have reached a level of excellence. 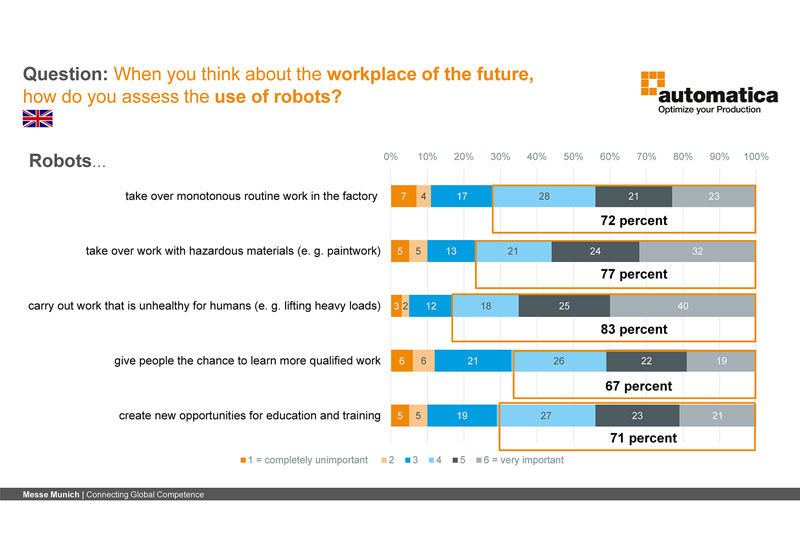 Sixty eight percent think that working hand in hand with robots without safety fences will improve manufacturing. The reason for that: human talents such as judgement and fine motor skills will be combined with those of robots e.g. force and precision.

UK to become more competitive
Seventy percent say that human-machine collaboration will make UK companies more competitive. Fifty two percent say that digitisation and robotics will bring back jobs that were previously located abroad. A strong impact will come from reducing costs in production (73%) and providing better quality for products and services (68%).

The latest data of the International Federation of Robotics show, that robot density in the United Kingdom matches the global average of 85 industrial robots per 10,000 employees installed in the manufacturing industry. This ranks the country 15th in Europe and 22nd in the world.