Home > Products > Why recycle your bottle when you can eat it?
Component Management

Why recycle your bottle when you can eat it?

The company that can make packaging disappear, Skipping Rocks Lab, is trying to save the planet one plastic bottle at a time. We have heard this all before, haven’t we?  ‘Recycle your plastic,’ or ‘use paper cups’ and even ‘that bottle is bad for the environment, why don’t you re-use it?’ Well now you don’t have to worry about it.

The goal: To create a waste-free alternative to plastic bottles, cups, plates and anything you can name.

The vision: To become the leading global producer of seaweed-based packaging.

The impact: To stop one billion plastic bottles reaching the ocean every year, and to stop three million kg of CO2 from ever being emitted.

The product I’m talking about is Ooho, which is made from 100% plants and seaweed, and looks like clear bouncy balls. 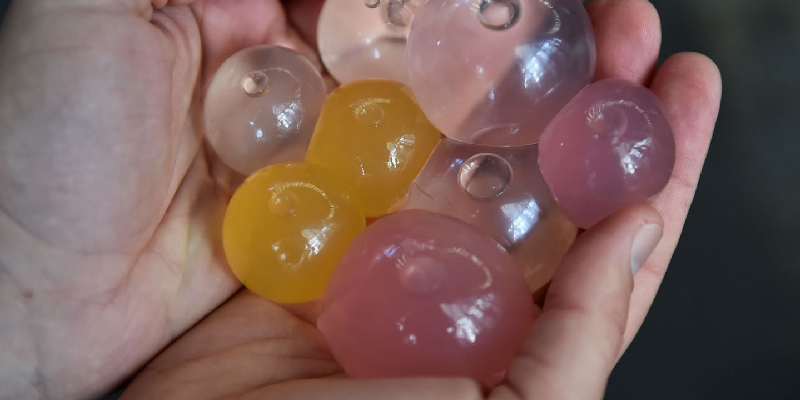 We’ve all tried slurping, downing, sipping and guzzling a drink of water, now imagine eating it.

The Ooho water product is designed to wipe out the use and need for the plastic bottles in which water is packaged. These little water balls are biodegradable in four to six weeks, so are essentially like a piece of fruit.

They are completely safe and edible, and can even be flavoured and coloured to your preference.

The blob-like product is guaranteed to be fresh and has a shelf life that lasts for a few days. With five times less carbon dioxide and nine times less energy against polyethylene terephthalate (PET), it is extremely environmentally friendly, and who doesn’t want to consume a quirky water ball?

And if you weren’t already sold on the idea, it’s cheaper than plastic too, so as times get tough this really could be the solution.

Skipping Rocks Lab intends to become the 'Tetrapak' of sustainable packaging. The company plans to sell the materials, the machinery and the branded products that put seaweed at the forefront of all packaging.

The idea originally came from Pierre Paslier and Rodrigo Garcia Gonzalez, who set out to create an alternative to plastic bottles that are thrown away every day. The impact of the packaging industry is a growing concern, on resources, pollution and the environment. Over 36 billion plastic bottles are consumed each year and that number is growing at four percent per annum. Producing a 1L PET bottle consumes up to 7L of water, 200g of crude oil, and will generate 30g of waste that will take 700 years to decompose. This waste often ends up in the marine environment and even enters our food chain through consumption by fish.

More than 30% of these bottles are 500ml or less, which ends up representing a considerable amount of waste for drinking on the go, on an average use thats five minutes per plastic bottle.

But what about health and safety I hear you cry? Well the water comes packaged in a double layer of the membrane, with the idea you peel the first layer off, pierce the second layer and quench your thirst by getting that water down you.

The whole idea of biting into the product and eating it after is optional. Ooho designer,  Paslier said: “At the end of the day you don’t have to eat it, but the edible part is there to show how natural it is.”

The biodegradable blob encloses just a small volume of water in a membrane made from brown algae and calcium chloride, and the manufacturing process is covered under a creative commons licence, which makes the recipe freely distributed and ready for anyone to use.

It has been tested for its safety and biodegradability in our stomachs and there is no need to worry, as the biocompatibility of alginate gels for consumption has been well-established. Natural polysaccharides resistant to breakdown by human digestive enzymes, alginates are classified as dietary fibre and although they are left undigested if eaten, the Ooho capsule will gradually decompose as the calcium diffuses out of the gel matrix in the reverse of the reaction. 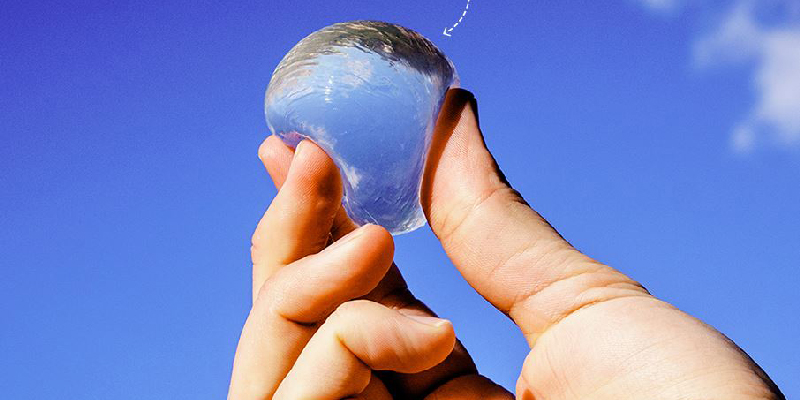 So what are we waiting for I hear you say? Well as much as this sounds like the answer to all global warming prayers, the Ooho is not yet available commercially. Skipping Rocks Lab and the manufacturers are working hard to bring the product to market as soon as possible, and prototypes have been tested in several markets in Europe, but at the moment the membrane is too thin and weak to withstand shipping and handling on a large scale.

Fear not though, as this summer the company will be selling its own brand of flavoured waters and health shots at shops, festivals and running events.

They come in three sizes, 20ml, 55ml and 150mls and flavours include - minty fresh; elderflower; blackcurrant; orange; ginger shots and hot shots. Going forward the company wants to work with brands to encapsulate their drinks, and with retailers to have Ooho production capability in every store.