“The Artesyn SharpSwitch PCIE-9205 card uses Open vSwitch offload to ensure the maximum number of cores are available for payload processing in NFV applications,” said Todd Wynia, Platforms Marketing Vice President, Artesyn Embedded Technologies. “For example, in NFV applications, the SharpSwitch card can be used to provide high-speed ingress and egress while doing Open vSwitch offload, allowing a very high percentage of compute resources in the system to be used for application processing, such as baseband processing, IPsec termination or voice and video transcoding.” 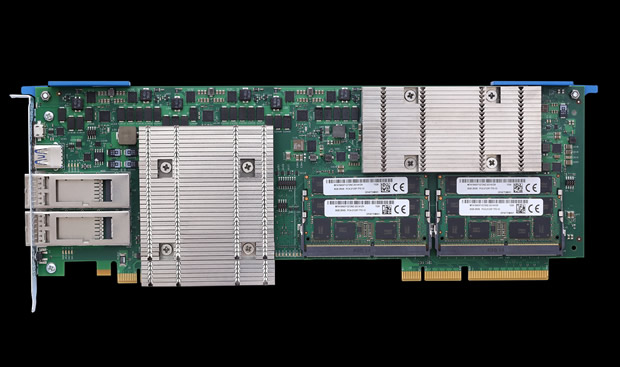 Virtual switch to augment hardware solution
In virtualised environments with dynamic workloads, virtual switches are required to forward packets internally and connect virtual machines to the outside world. In many cases, these virtual switches are implemented with Open vSwitch, emulating the function provided by physical switches. But virtualised switching comes at a cost. In certain configurations, Open vSwitch has been shown to require as much as half of the available processor cores for switching the traffic to and from the Virtual Machines (VMs) running on a given server.

By focusing on the minimal requirements for typical applications, and building on top of Intel Data Plane Development Kit (DPDK), Artesyn has designed a massively accelerated virtual switch to address these weaknesses. By using the SharpSwitch PCIE-9205 as an Open vSwitch accelerator, the vast majority of the available processor cycles in the system can be used for payload VMs.