What should you know about RoHS 3? 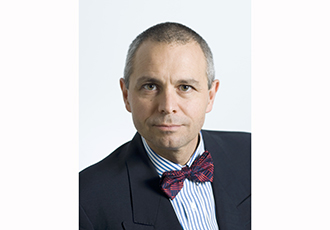 From July, manufacturers have had to comply with the third revision of RoHS. Patrick Le Fèvre, Powerbox explores the directive’s small print

The European Directive 2015/863, dated 22 July 2019, specifies that electronic equipment manufacturers will have to comply with the third revision of the Restriction of Hazardous Substances (RoHS), or RoHS 3. All categories of electrical and electronic equipment are affected, except medical devices and monitoring and control instruments, for which restrictions will apply from the later date of 22 July 2021, to take into account their longer innovation cycles. The revision adds four additional restricted substances, listed under phthalates, to the original list of six (Table 1).

Table 1: The industry moves from RoHS 1 to RoHS 3

The origins of REACH

In 2010, some phthalates were on the REACH (Registration, Evaluation, Authorisation and Restriction of Chemicals) list or listed in REACH Annexe XIV as subject to the authorisation process. They were also included in the European Commission’s proposal for the recast of the EU Directive on the restriction of hazardous substances (RoHS) in electrical and electronic equipment as priority substances to be assessed for potential restriction, which is now happening.

Since the original listing in REACH, and in the candidate list of Substances of Very High Concern (SVHC) for authorisation, the risk and toxicity of the four substances, Bis (2-ethylhexyl) phthalate (DEHP), Benzyl butyl phthalate (BBP), Dibutyl phthalate (DBP) and Diisobutyl phthalate (DIBP), have been researched by international laboratories.

The results of more than 10 years of tests and investigation exhibit a very high hypothesis that the effects of exposure to phthalates may affect human reproduction, development and risk of cancer. These results have motivated the European Commission to move the four phthalates from “Observation” to “Restriction and Interdiction" status.

Phthalates are a group of chemical substances used to soften and increase the flexibility of plastic and vinyl. They are commonly used in all industries from food packaging to cables, in insulation tapes and in some resins, in short they are almost everywhere (see table 2).

Table 2: The four banned phthalates and their uses across the industry

As was the case for the previous six restricted substance in RoHS 1st edition and RoHS 2nd edition, due to the high usage of phthalates in electronics equipment - including in power supplies - designers must work in close co-operation with their suppliers to substitute such materials with phthalate-free elements and components.

Some industries (e.g. medical) were more sensitive to the risk of phthalates affecting people (i.e. patients). As long ago as 2010 these industries were informing and educating their suppliers about the forthcoming regulations, thus anticipating the demand for parts with less than 1000 ppm of the identified substances listed in REACH and SVHC.

Today, a number of companies are offering RoHS 3-compliant substitutes but there is a huge legacy lag in the supply chain which required some intense work to ensure that all products delivered after 22 July are compliant. For newly made products this might not be a major problem but it could be one for products held in stock all over the world.

Since the European Directive 2015/863 was released on 31 March 2015, designers have worked with their suppliers to guarantee that all new products pre-comply with the forthcoming regulation. In some cases, however, it has been difficult to replace certain parts (e.g. insulation tape for high voltage transformers) and this has delayed the compliance of some products. In three years’ time suppliers will have implemented different processes and substances to replace banned phthalates, but there are few questions remaining on special components or parts.

If the level of banned phthalates is reduced to below 1000 ppm in new products, there is doubt remaining for items that are already in stock. To be on the safe side, a number of companies have taken the decision to run samples through an x-ray fluorescence (XRF) analyser. If this is not deemed sufficient, they use fourier transform infra-red spectroscopy (FTIR) testing methods, and sometimes scanning electron microscopes (SEMs).

The cost for such analysis could be substantial, but companies have to consider, in the context of present day market conditions and the effects of component shortages, if scraping products without knowing if the level of the four phthalates is above or below the 1000 ppm threshold might cost even more money.

The Directive specifies the restriction of DEHP, BBP, DBP and DIBP shall not apply to cables or spare parts for the repair, the reuse, the updating of functionalities or upgrading of capacity of electrical and electronics equipment placed on the market before 22 July 2019. Nor should it apply to medical devices, including in-vitro medical devices and monitoring and control instruments, including industrial monitoring and control instruments, placed on the market before 22 July 2021.

The European Chemical Agency has worked on a project, “Roadmap for SVHC identification and implementation of REACH Risk Management measures from now to 2020” which gives an EU-wide commitment to ensure that all relevant, currently known SVHC (substances of very high concern) are included in the candidate list by 2020. The objective of the SVHC roadmap is to screen and identify new substances of concern, and to analyse the risk management options appropriate to the particular substance of concern.

In today’s business environment, electronics engineers must permanently monitor the evolution of REACH and SVCH. With the growing concerns about health and the environment we can expect more substances to be added to the RoHS list, which in some cases may prove to be extremely challenging.

As in many other situations, knowing your industry, being innovative and investing in new technologies is probably the only way to go.

Powerbox is a Cosel company