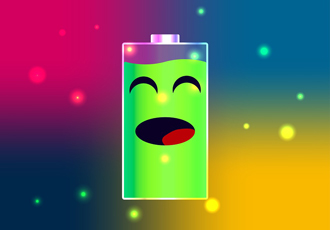 In a similar way to how diamonds are formed, battery technology is developing under increased pressure from end users and manufacturers, while remaining one of the most valuable components in electronic devices. In this article, Michele Windsor, Global Marketing Manager at Accutronics, explores how this pressure is shaping the future of battery design. Three top trends are shaping the way that batteries are being developed.

The increase in wearable devices is driving the trend for batteries with increased power density and the growing battery grey market is making battery manufacturers conscious of end-user safety.

Safety concerns
Recent battery scandals have caused concern about the safety of Li-ion batteries. The Federal Aviation Administration (FAA) recently restricted certain smartphones on their flights, which were at risk of exploding. Design flaws in the battery caused the separator between the positive and negative tabs to breakdown. This meant that the battery short-circuited, overheated and in some cases caught fire.

Electronic device Original Equipment Manufacturers (OEMs) need to ensure that the batteries they are purchasing meet the latest international standards for safety and performance – this means checking that requirements are met both at a cell and a battery level. Suppliers of batteries should work under strict design control because a seemingly trivial design change can have damaging consequences further down the supply chain, if the change has not been properly validated.

Wearable devices
The Consumer Electronics Show (CES) saw an abundance of wearable health and fitness devices. From sleep tracking headphones to an infrared thermometer with a smartphone app, the wearable device market is continuing to grow. As a consequence, battery manufacturers now face the challenge of making smaller batteries that deliver longer runtimes.

To meet this demand, scientists have recently created what has been dubbed the bendy battery, a flexible battery containing aluminium and graphite foam, surrounded by liquid salt. The battery has attracted a lot of interest from manufacturers for its lightweight design and potential for use in powering flexible displays. However, there is still a long way to go, as the bendy battery currently only delivers half the voltage of a lithium-ion battery.

The grey market
The use of batteries for life-critical devices, whether in the medical or military sector, means there are increasing safety and security concerns. This is combined with the global rise in counterfeiting and the battery grey market, with imports of counterfeit goods accounting for almost 2.5% of global imports.

Counterfeit batteries pose a risk of overheating or catching fire, as well as not delivering a reliable performance. To counter this, Accutronics’ smart batteries feature algorithmic security, meaning that if a counterfeit battery is inserted into the host device, it can display a warning message or shut down completely. Counterfeit batteries often look identical to branded batteries, so OEMs must look for security features such as this to protect their devices from battery counterfeiting.

The demand for more energy dense yet smaller batteries means that the battery market is looking for ways to stay ahead of the needs of device OEMs. Also shaped by concerns over counterfeiting and the grey market, battery manufacturers are looking to innovate sustainably and safely. It is clear that this pressure is creating a diamond of the global battery market, which is expected to be worth over $17bn by 2021.