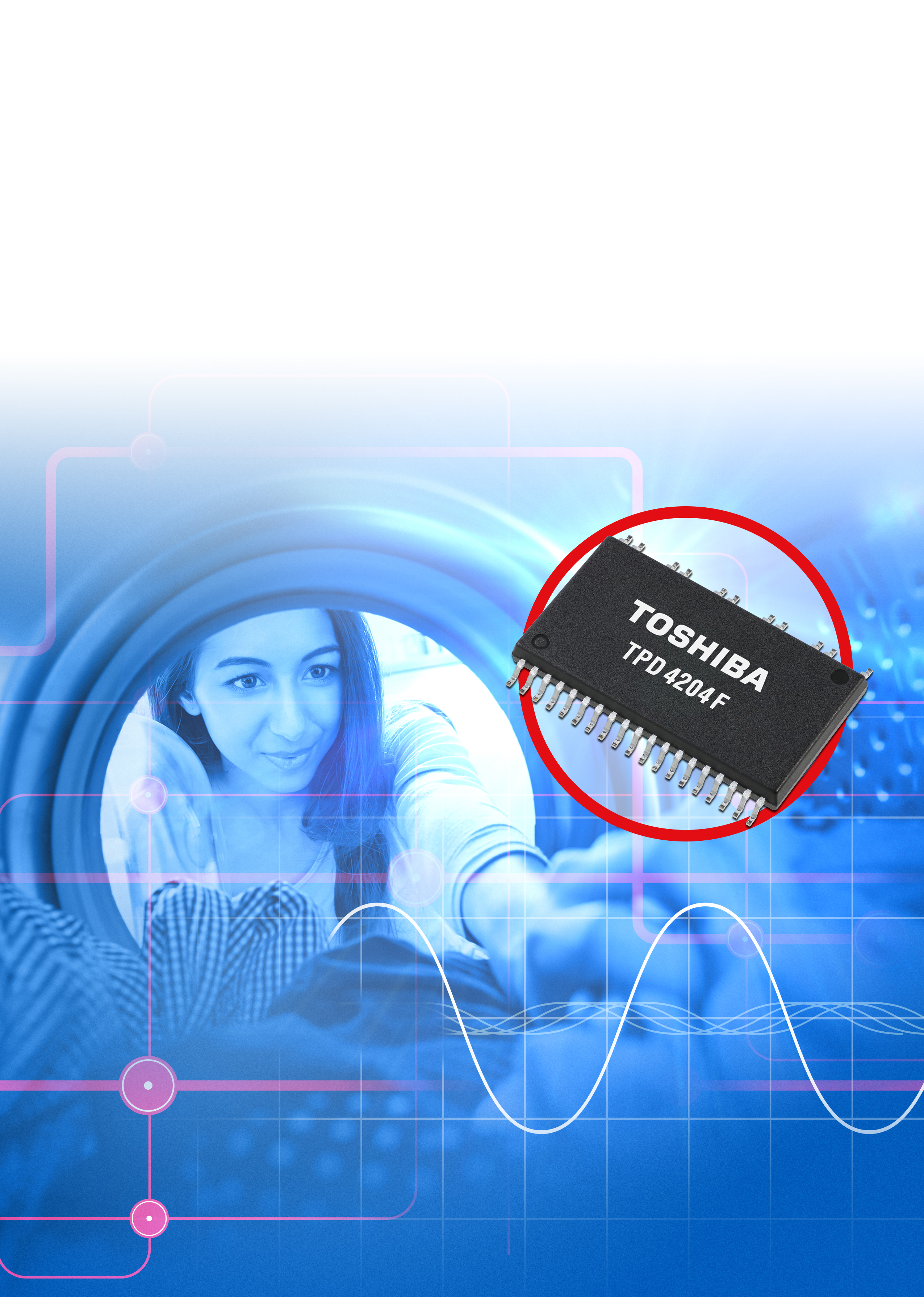 The HV-IPD (Figure 1) may be a multi-die module, combining separate high-voltage and logic components. Alternatively, silicon on insulator (SoI) technology enables all the circuitry to be fabricated on a single chip. In this case an insulating silicon-dioxide layer, combined with trench isolation, enables CMOS/DMOS devices and IGBTs to co-exist on the same substrate without interfering or suffering from parasitic effects.

The HV-IPD is the final stage responsible for driving current into the stator windings, which generates torque by working against the back EMF (bEMF) that is induced in the windings as a function of the rotor position. The shape of the bEMF waveform as the rotor turns may be either sinusoidal or trapezoidal and depends on factors such as the shape and magnetisation of the rotor magnets, the air gap between rotor and stator, the design of the stator, and the way the windings are applied in the stator slots.

The HV-IPD integrates the gate-driving circuitry and power bridge to generate the U, V and W waveforms for controlling the motor, using the PWM signals calculated by the microcontroller or motor-control driver (MCD) as the input. Protection circuitry, such as over-current protection, under-voltage protection and thermal shutdown are usually also built in.

Several semiconductor manufacturers offer HV-IPDs for a variety of applications. As variable-speed drives began entering markets for consumer home appliances, typical HV-IPDs combined logic for generating trapezoidal control waveforms from a PWM input signal, with a power bridge comprising high-voltage IGBTs and associated fast-recovery diodes (FRDs). Toshiba has developed a series of HV-IPDs for trapezoidal control, such as the TPD4151K and TPD4142K, which take advantage of its SoI process technology to integrate the low-voltage gate-driving and protection-control circuitry on the same chip as the high-voltage IGBTs and FRDs.

The IGBTs integrated in these devices deliver a low forward-voltage characteristic, which ensures high conduction efficiency. These types of HV-IPDs remain suited to controlling the small trapezoidal motors used in lower-power appliances such as air cleaners.

With increasing adoption of sinusoidal motors, demand is growing for HV-IPDs that can be used for sinusoidal control. This is especially true for higher-power applications such as dishwashers and outside air-conditioning units, which use larger motors that are easier to design for sinusoidal bEMF. The TPD4123K, TPD4144K and TPD4135K HV-IPDs for sinusoidal control systems with maximum operating voltage up to 450V and maximum device DC capability of 1A, 2A or 3A respectively. There are six 500V IGBTs and associated FRDs, integrated with protection, logic and driver circuitry using SOI technology.

More recently, the TPD4204F has been introduced for sinusoidal control. Unlike the preceding monolithic HV-IPDs, this is a multi-chip device featuring six 600V MOSFET die (with built-in anti-parallel diode), housed alongside an IC containing the logic and driving circuitry, in a 30pin 20 x 11 x 2.0mm SOP30 surface-mount package.

The 600V MOSFETs used in this HV-IPD provide a higher safety margin above the maximum operating voltage, compared with the IGBT-based alternatives, while also allowing a smaller surface-mount package. The use of surface-mount technology enables manufacturers to streamline assembly of power-control modules by taking advantage of automated pick-and-place assembly. The MOSFETs selected are from the company’s HSD (High-Speed Diode) series, which feature inherent body diodes with a fast recovery characteristic for greater efficiency compared to conventional power MOSFETs.

The design of the device has reduced thermal resistance to just 15°C/W, and this in turn reduces the heat generated at any given power compared to existing dual in-line package (DIP). This improved efficiency, combined with reduced on-state resistance (RDS(ON)) and generally superior switching performance compared to IGBTs, has enabled overall power losses to be reduced.

In addition to this increased efficiency, the multi-chip design ensures any heat generated is spread across the package, unlike a single chip design where the heat is located in one monolithic chip, ensuring the overall case temperature is lower than for other device designs.

Figure 3 compares the module’s energy losses with those of equivalent drives built using competing HV-IPDs, or the TPD4144K, under comparable operating conditions. Moreover, the thermal performance of the MOSFET-based TPD4204F is also improved thereby providing the opportunity to design the controller for operation without a heatsink and hence trim the overall cost and size of the control module still further.

The “dead time” for the device, is specified at just 1.4µs as minimum, and the in-built logic controller ensures the device is protected during this period. Without a logic protection circuit, both high-side and low-side MOSFETs could be switched on at the same time resulting in a short circuit. This offers an obvious benefit to customers, as any timing irregularities in the switching process will not cause the device to fail. In this worse-case scenario, a high current flow will be detected by the built-in over-current protection function. As a consequence, both the high-side and low-side MOSFETs will be switched off, preventing the device from being overly-stressed.

In the existing line-up of DIP26 package-based devices, a range pin-compatible devices with different current ratings are available and these enable designers to easily incorporate the devices into future designs that feature different motor power ratings. A similar product-line concept based on the SOP30 package is being developed. Designers can therefore take advantage of the low power losses without incurring significant redesign costs.

To help streamline the development of new trapezoidal or sinusoidal motor controllers taking advantage of HV-IPDs, there is a series of evaluation boards to explore the performance of MOSFET-based or IGBT-based devices in new designs.