Power management integrated circuit to grow at 6.4% in 2019 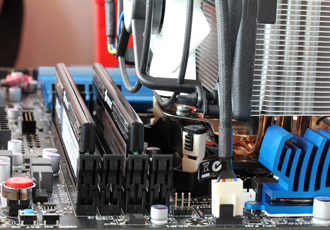 The Power Management Integrated Circuit (PMIC) market surpassed value worth $20.9bn in 2018, as per a study. The market is projected to grow at 6.4% y-o-y in 2019 and key factors responsible for the projected growth of the market include, rising sales of smart devices across the globe, growing energy harvesting initiatives, introduction of compact and high efficiency PMICs and on-going industrial automation and vehicle electrification.

The projected growth can be attributed to buoyancy in the telecommunication industry owing to increasing demand for connectivity and adoption of communication equipment starting from analogue switches to smartphones to communication satellites.

The study finds that demand for PMIC remains higher in personal electronics devices. In 2018, sales of power management integrated circuit garnered revenues worth over $ 5.7bn in 2018 and held 27% of the global PMIC market share. The demand trend in personal electronics application is expected to continue in 2019 at the rate of 6.6% y-o-y.

A plethora of personal electronics devices and their rising adoption rate in the wake of increasing millennial population, expansion of middle class and increased purchase capacity are factors responsible for the increasing demand for PMIC in personal electronics application. In addition, manufacturers in the consumer electronics industry highly utilise PMIC to optimise energy consumption in compact devices.

Small and mid-sized players are leveraging strategies such as introduction of low priced products to establish a stronghold in the domestic market. Increasing revenues of these players are eating into the shares of prominent PMIC market players.

The study finds that APEJ continues to register leading position in the PMIC market. In 2018, over two-fifth of the PMIC market revenues were accounted for APEJ region, of which over 67% share was registered from China and India.

Across the globe, increasing energy harvesting initiatives and their penetration in the semiconductor industry has generated lucrative opportunities for PMIC market. As the global demand for electricity rises and the world enters the era of IoT and digitalisation, demand for PMIC is set to rise in the coming years.