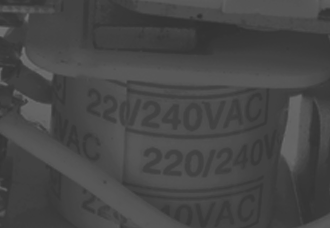 Although they’ve been superseded in some applications by newer technologies such as SSRs (Solid State Relays), EMRs (Electromechanical Relays) still have a lot to offer. Avnet Abacus' Mathias Goebel explains.

Of all the relay types, they are probably the best general-purpose solution, meeting the needs of many diverse applications from automotive to automated test equipment. Many, many different specialist types of EMRs exist for everything from signal transmission to power electronics applications. These days, they are often specified purely for cost reasons, but they do have some redeeming features.

EMRs are mechanical devices that physically open and close electrical contacts when they are switched on and off. This means they have a very low contact resistance – in the tens of milliohms – which is important for applications that require a minimal on-state voltage drop. They also offer very high open resistance – typically greater than 100GΩ. Contact capacitance is also less than what’s offered by SSRs, which means they can offer the linear response that’s required to minimise distortion of high frequency signals, and they have high bandwidth characteristics (>100MHz).

Applications that require Galvanic isolation between the drive electronics and the relay contacts will make use of the EMR’s ability to provide nearly total line to load isolation. Even multiple pole devices, which can control multiple circuits at the same time, are fully isolated.

EMR contacts are large and robust, so they can withstand power surges and voltage spikes. Transients under some circumstances can switch SSRs, whereas this isn’t a problem for EMRs. SSRs also have a tendency to fail in short circuit mode, which can lead to damage for the equipment or circuits being switched on or off.

Of course, there are down sides to using EMRs. Audible noise is one, followed by limitations on switching speed (5-15ms) and their general bulkiness. There are many application areas where these criteria are less important than cost, or the EMR’s other features such as surge resistance, so it’s a matter of matching the strengths of the relay type to the application’s requirements.

Life expectancy, in particular, is often thought of as relatively low for EMRs, but in fact this is one property of EMRs that manufacturers have been working on in recent years. Since they are mechanical components, they have a finite lifetime, referred to as endurance, which begins when the relay is first switched. Endurance is usually defined in terms of how many switching operations the relay can be expected to perform under certain conditions before failure.

Typical conditions under which electrical endurance is measured include relay duty factor of 50% at rated frequency and rated voltage, with a resistive load, at ambient temperature (23°C), with the relay upright, wired directly (not mounted on a socket), with the contact opening/closing not synchronised to line frequency, etc. Of course, if your application demands conditions different to these standard test conditions, some level of derating can be expected.

Here are some examples of modern EMRs and their failure rates:

TE Connectivity’s high current relay 150 is a much bigger relay intended for engine control, engine preheating systems, heated windscreens and other automotive applications. Its mechanical endurance is 10 million operations minimum, and its electrical endurance is 50,000 cycles minimum at 300A, 13.5VDC.

Whatever your requirements are, Avnet Abacus supplies relays from a range of suppliers including Fujitsu, KEMET (NEC Tokin), Omron, Panasonic Electric Works, and TE Connectivity. Our Relays brochure has a handy cross-reference for comparing specifications, and you can download it below.