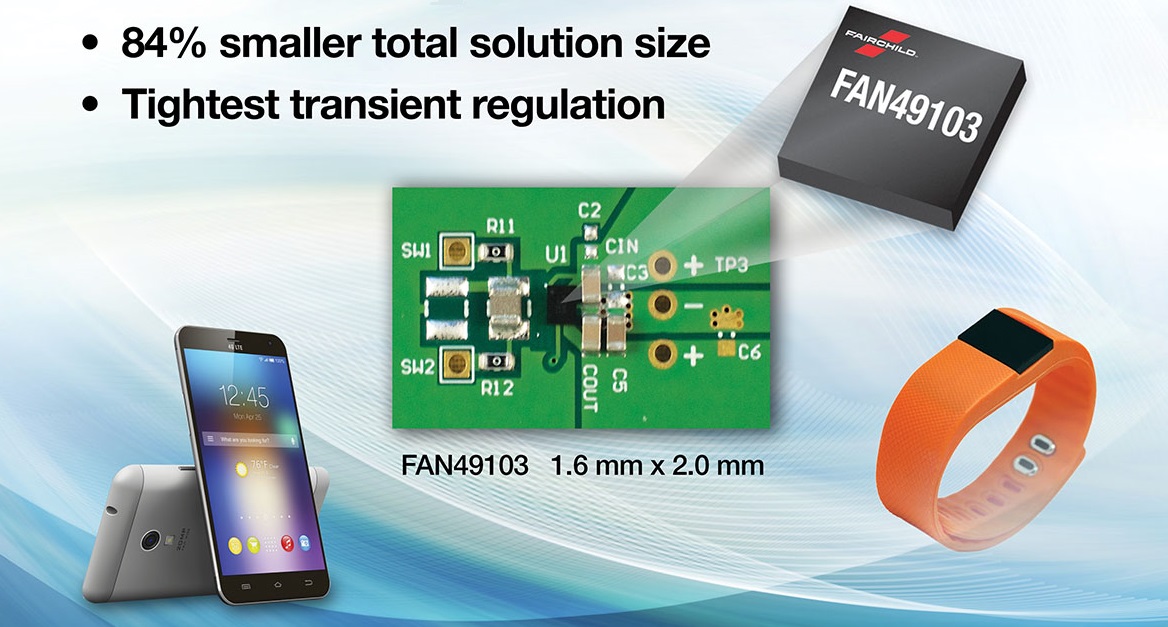 Digitally programmable buck-boost regulators from Fairchild Semiconductor, are claimed to be its most advanced for power supplies in battery powered mobile devices, such as smartphones and tablets.

The FAN49103 is claimed to combine the highest power density, the smallest solution size, the tightest transient regulation and best-in-class ripple performance.

It is 84% smaller than its closest competitor and reduces thermal issues by providing a system power rail at the lowest possible voltage, says the company. The thermal performance prevents the excessive heat that can impact a device’s ability to function normally, particularly in smartphones, which are vulnerable to excess heat, due to their small size. The company claims that the regulator can reduce or eliminate the need for heat sinks, which reduces bill of materials, simplifies the design and saves additional board space.

The fast transient response counters brownouts by enabling larger pulsed loads to be supported, which reduces the effect of battery droop. The regulator supports large loads up to 2.5ADC and can maintain a constant regulated output over the entire battery range so the system will operate normally, despite battery sags.

Other members of the family include the FAN49101 buck-boost regulator, with a low quiescent current to help extend battery operation time. According to the company, it simplifies the circuit design and helps in the logistic control flow. The load and line transient response helps system stability under wide operating conditions, says the company.