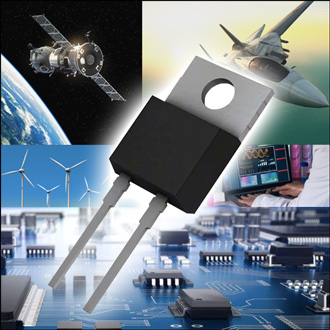 The Tepro TO-220 is a miniature device that features a plated copper heat sink, a high stability thick-film element and tinned copper leads. It also has high temperature thermoset moulding.

Custom models are available with variations in lead length, tolerance to 0.5%, and temperature coefficients. It is terminal strength tested at a 5lb. pull and its solderability and solvent resistance meet MIL-STD-202 requirements.

Many of Tepro’s precision and power resistors are custom designed and have the ability to meet very tight tolerances and even tighter lead times – including custom magnetics, microwave, resistors and wound film capacitors.