The technology that is shaping the transport industry

When we talk about the radical developments in technology today, we can't help but be amazed by the kind of effects digitisation has on our daily lives. The transport industry is no stranger to various technology trends, and here, Cheryl Chandola examines just some that will impact transport in the future.

According to Gov Tech, ITS includes concepts such as alternative fuel, keyless fleet management, autonomous vehicles and traffic analytics. ITS aims to converge and help these systems interrelate in order to make more manageable transport systems for everyone.

ITS effectively transforms the transportation industry into an efficient component of what is known as city-as-a-system. This allows traffic and transport to integrate seamlessly throughout the city.

Here are some specific transport technologies that are shaping the transport industry:

1. Transport pods
If we’re looking for technology that might finally pave the way for vehicle-less roads, then transport pods may be part of the solution. Some unique features of transport pods include:

2. Boosted boards
Boosted boards aim to provide great modifications to the commuting experience. These minimalistic ‘vehicles’ can provide a faster, more efficient means of transport for passengers. The sleek, artistically designed board does much more than maintain balance: 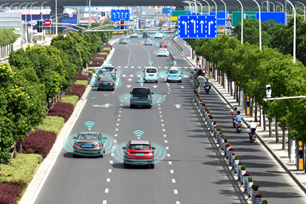 When made efficient and global, autonomous vehicles can add an extra layer of safety for commuters, drivers and cargo alike, as vehicles are now slowly forming into an ‘intelligent’ network.

4. Driving data - smart cities
With the rise of autonomous vehicles comes the rise of data-based traffic and smarter cities. Thanks to smarter transportation technology, we now have multiple benefits:

5. Tubes
Pioneers such as Elon Musk and his Boring Company are just some who want to use the power of fast-paced travel in order to provide convenient transport for the public. If proven efficient, tube transportation can be the next step to fast-paced travel that won't cause the hassle of traffic. The two most popular fast paced tubes include:

As technology slowly aims for a more connected society, industries are inevitably on the brink of adjusting to various trends that can greatly benefit various aspects of our lives. In the case of transportation, the technologies indicated above are just some of the many things that can greatly influence the transport industry in the years to come.