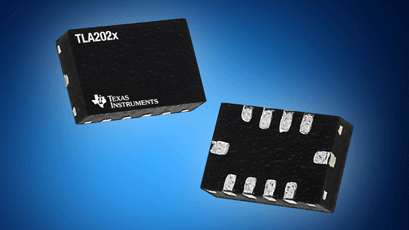 The ADCs consist of the TLA2021, TLA2022, and TLA2024 devices. The TLA2021 and TLA2022 devices are single-channel ADCs, while the TLA2024 features two differential or four single-ended inputs through a flexible input multiplexer (MUX), which provides an industry-high channel density of 0.75mm2 per channel.

All TLA202x ADCs integrate a voltage reference and oscillator; additionally, the TLA2022 and TLA2024 include a programmable gain amplifier (PGA) with selectable input ranges from ±256mV to ±6.144V, enabling both large- and small-signal measurements.