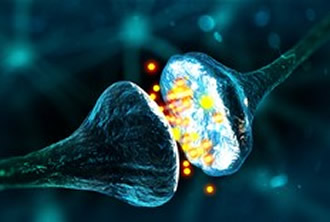 Researchers attempted to identify proteins that can be used as pharmacological targets to treat intellectual disability and to determine the extent to which mental disorders can be reverted following birth.

A key resource for the project was mouse models of synaptic proteins associated with NSID, which were already available. These were used to study the synapse as a whole biological system and record the changes it undergoes as a result of disease.

Proteomics and bioinformatics were used to quantitatively analyse the synaptic proteome in control and model animals. By characterising disease related molecular disfunction it could be used to identify pharmological targets and test drugs in animal models for phenotypic recovery.

To achieve these objectives researchers had to develop new techniques that would allow them to look at the synaptic proteome at a much lower scale. Therefore, a microproteomics protocol was developed based on the combined use of laser capture microdissected tissue, biochemical enrichment in synapses of microdissected tissue and mass spectrometry profiling.

These techniques enabled scientists to characterise the postsynaptic proteome of glutamatergic synapses and dentate gyrus in the mouse hippocampus. This enabled those proteins specific to the synapses of these regions to be identified, conferring upon them unique electrophysiological characteristics.

Researchers also studied the model of the autosomal intellectual disability caused by Synaptic Ras GTPase-activating protein 1 (SYNGAP1) haploinsufficiency. They analysed how the hippocampal synaptic proteome responded to reducing SYNGAP protein by half and then recovering it back using a combination of an inducible line and a rescue line of SYNGAP1 conditional knock-out mouse line.

Results from MASDUHID will help to identify the developmental stages from where intellectual recovery is possible. This will be an important factor as pharmacological treatment becomes available.

More from University of Barcelona