Home > Industries > Why should we feel excited about haptic technology?
Wireless

Why should we feel excited about haptic technology?

Until relatively recently, the average person had very limited knowledge of haptic technology and it is highly likely that if questioned, few would be able to describe how and where they had engaged with it, or possibly even explain what it is. Francois Jeanneau, CEO Novasentis at KEMET Electronics Corporation offers some insight.

Whether aware of its existence or not, most people’s experience of haptics was limited to the vibration of a mobile handset (on silent mode) in their pocket or perhaps the reassuring pulsing feedback sensation it generated while typing letters in a text message.

While it could be argued that both were ‘nice-to-have’ features, their relative usefulness largely depended on the subjective preferences of the mobile phone user. The imminent large scale deployment of augmented and virtual reality (AR/VR) in high-end gaming and industrial training systems means that for haptic technology, everything is about to change and it potentially finds itself at the cusp of a golden age where haptics evolve from a ‘nice-to-have’ to a ‘must-have’ feature. 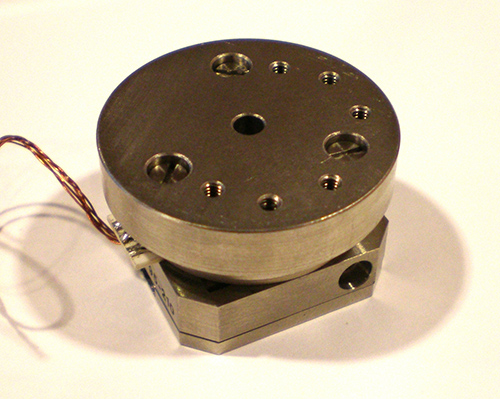 In the future, users of AR and VR will not only be aware of the existence of haptics and its meaning, but they will also demand its inclusion as a feature in which they will be sufficiently well versed to allow them to critically gauge the quality of their tactile experience. In this article, we will explain the meaning of haptic technology, describe how it works and has evolved, discuss areas of application, and the important features that designers must consider when creating the next generation of haptic devices.

In the world of electronics, where video appeals to the eye and audio appeals to the ear, then haptics is the technology that appeals to the sense of touch and the tactile user experience. In experiments carried out to examine the relationship between sound and touch, researchers at John Hopkins University-Baltimore concluded that: “We hear with our ears and feel with our skin, but our brains may combine this information in specific ways. Frequency information from the two senses appears to be always combined.”

While much work has already been done to enhance the audio-visual sensation of AR/VR, engineers are now looking to haptics to add a tactile component that further improves the overall experience. While early designs appealed only to the sense of touch in the hands, modern applications have expanded to provide tactile sensations to multiple parts of the body simultaneously e.g. gaming chairs and simulators which replicate whole-body, real-world experiences.

The sense of vibration

As new technologies have been developed, the way in which the sense of vibration is created in electronic devices has also evolved.

Eccentric rotating mass: Traditionally, the most common mechanism used to make cell phones vibrate was a tiny direct current (DC) motor. In normal operation, the flywheel of a DC motor is mounted on a rotating shaft that passes directly through its centre. This means that the circular movement of the motor is almost perfectly smooth, with minimal vibration. To create a vibration, a small counter-weight, referred to as an eccentric rotating mass (ERM) is added to the shaft, creating an artificial imbalance.

Linear resonant actuators: In recent years a more popular way of creating the sense of vibration was to use a linear resonant actuator (LRA). Usually only the size of a small coin, an LRA vibrates in a single plane (up/down) instead of rotating. Internally they consist of a wire braid (called a voice coil), a small circular magnet, and a spring that is connected to the mobile device enclosure. While a DC electric current passed through a coil creates a constant magnetic field, an alternating current (AC) has the effect of making the magnetic field created by the voice coil also alternate.

As the AC current passes through the coil, the magnetic field exerts a varying force on the magnet, causing it to move up and down. This mechanical movement is transmitted to the spring. This, in turn, exerts a force on the spring, creating a sense of vibration at a pre-designed frequency (analogous to how a loudspeaker operates, but instead of the coil creating sound waves at audio frequencies, a spring is used to create physical vibrations at perceptible resonant frequencies). LRAs are considered more durable than ERMs whose motors are more likely to suffer mechanical wear and tear. 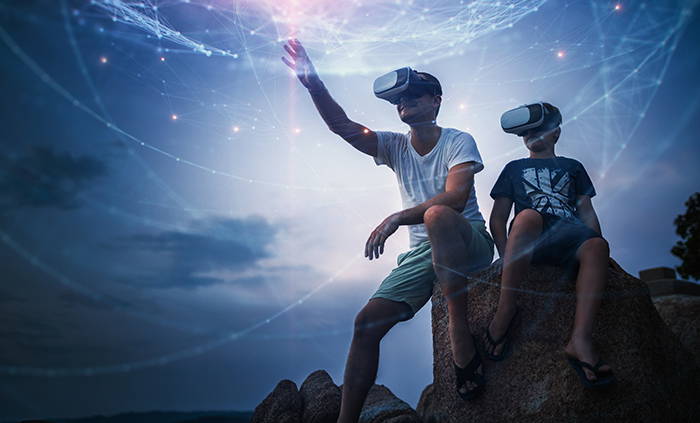 The level of vibration created is dependent on the size of the counter-weight, its location relative to the shaft, and the rotational speed of the shaft (typically up to 100 rotations every second). The wobble of the motor, which is located within the case of the mobile phone, is perceived by the cell phone user as a vibration, in much the same way as a deformed tyre causes the driver of an automobile to experience a sense of vibration while travelling.

EMP piezoelectric actuators: The latest generation of haptic components, such as KEMET’s thin actuators, are enabled by piezoelectric polymers. Constructed from an electromechanical polymer (EMP) ﬁlm, only 150 microns in thickness, these also create the sensation of touch, but with some important differences. Unlike ERMS and LRAs, these thin actuators can be used to create material-specific textures and user-familiar tactile experiences - for example, the clicking sensation of a keypad or keyboard buttons. When powered down, the molecules within the polymer ﬁlm are randomly aligned. When power is applied, the molecular structure changes, causing the film to elongate, thereby causing a piezoelectric effect to occur.

Attaching the actuator to a fixed body causes a haptic vibration in a different plane relative to the elongation of the film. Vibrations occur over a wide frequency range, thus enhancing the user experience – with low frequencies providing rich, pleasant sensations, higher frequencies providing detailed overtones. When the frequencies are combined, they create innovative tactile sensations that are disarmingly natural. When embedded directly into the surface of a product (which does not cause the entire body to vibrate) KEMET actuators behave like a haptic membrane, creating a much more focused and discernible haptic sensation that is more appealing to the physiology of human touch than the less complex vibrations created using other methods.

The ability to allow users to experience the sense of touching different materials and textures makes piezoelectric haptic actuators well suited for creating intuitive AR human machine interfaces (HMI) that allow users to experience the sensation of touching industrial controls that do not physically exist. Another key advantage of this technology is the fast response time (zero lag). This is important for providing immersive audio visual experiences in VR environments such as computer gaming and medical training simulation.
When integrating piezoelectric actuators into a wearable, some material characteristics of the garment must be considered. Thin layers help to improve the haptic response, but if excessively so, the actuators could become visible, leading to excessive wear and tear, and reducing product lifetime. Conversely thicker layers hide the actuator and are more durable but reduce the overall haptic sensation. It is also important that the haptic actuators are protected from water that could lead to an electrical short circuit, potentially damaging the device itself or the user.

Haptic technology has evolved from the basic vibratory sensations provided by ERMs and LRAs to the much richer, localised but immersive user experience enabled by piezoelectric actuators based on EMP films. These are ideal to complement the detailed audio-visual panoplies now being created by the latest AR/VR technologies being used in gaming, industrial, and medical training applications.