The number of Instagram influencers has increased dramatically over the past few months, with interest rising by 137% since March. The rise of virtual robot influencers on Instagram has led OnBuy, with the help of Influencer Marketing Hub’s Sponsored Post Calculator, to investigate who is making the biggest waves and just how much they are earning.

Claiming first place is the famous Lil Miquela (a.k.a. Miquela). With 2.5million followers and a new music video proves her social influence, and she’s predicted to earn a staggering £8,960,649.43 before year is out. That’s 252 times more than the UK’s average annual salary.

The second biggest robot influencer on the scene is noonoouri. Her image is more cartoony than Miquela, but her reach is no less realistic. Lobbying for issues such as the environment, equality and animal cruelty, she could earn a staggering £2,273,555.65 this year.

Miquela’s fictional rival on the Instagram scene is Bermuda, who claims fourth. It appears the marketing stunt that created this rivalry was a success, as she’s predicted to earn £440,182.48 this year alone.

To make the top ten, other entries include:

Not all virtual influencers make waves as big as the top ten. In 20th place is Mabô, whose character is well-designed and interesting, but the small number of followers and posts means she will only earn £17.36.

She is followed by Africa’s first virtual influencer Aba Wils in 19th place, who is still yet to find fame – she will earn just £223.71. Robot influencers are still a relatively new concept, however, so it may be interesting to see how those further down the table will fare in a couple of years. 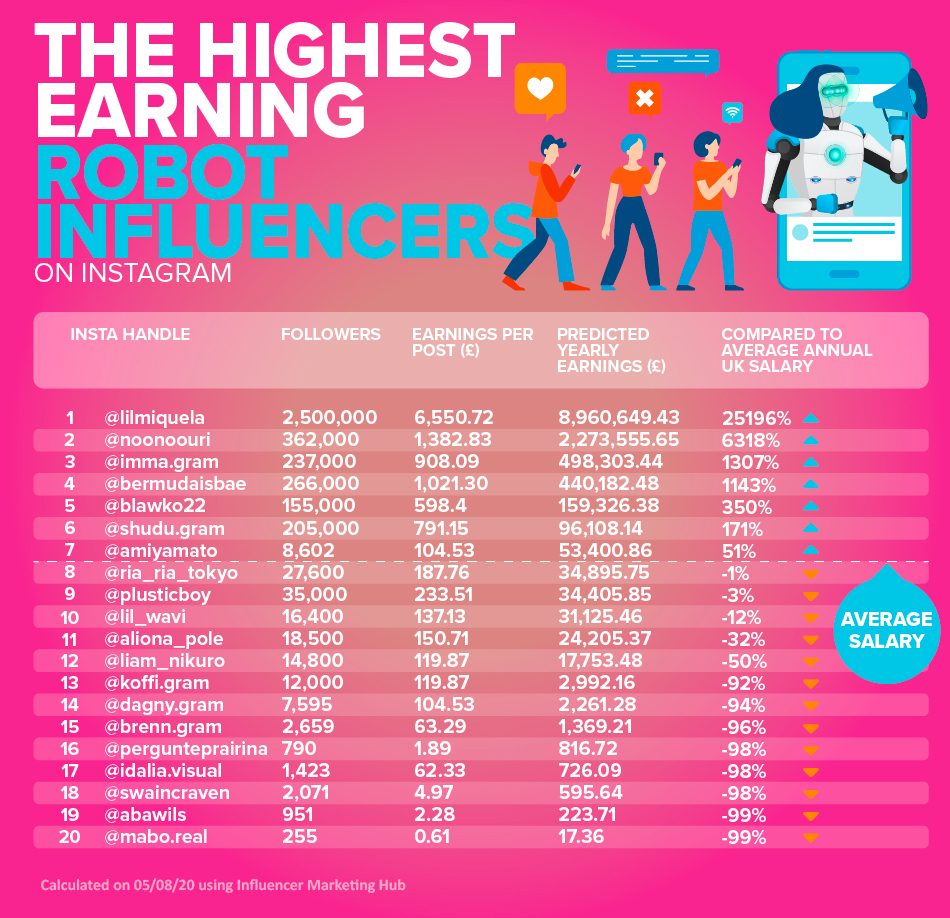