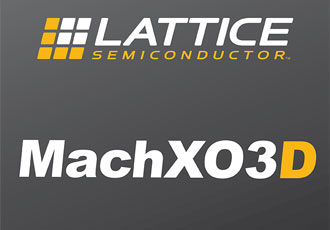 Lattice Semiconductor has announced the MachXO3D FPGA for securing systems against a variety of threats. Unsecured systems can lead to data and design theft, product cloning and overbuilding, and device tampering or hijacking. With MachXO3D, OEMs can simplify the implementation of robust, comprehensive and flexible hardware-based security for all system components.

MachXO3D can protect, detect and recover itself and other components from unauthorised firmware access at every stage of a system’s life cycle, from the point of manufacturing all the way to the system’s end of life.

Component firmware is an increasingly popular attack vector for cyber attacks. In 2018, security vulnerabilities rendered over three billion chips in systems of all types vulnerable to data theft via the exploitation of firmware vulnerabilities.

Unsecured firmware also exposes OEMs to the financial and brand reputation risks associated with device hijacking (for use in DDoS attacks) and device tampering or destruction. Failure to address these risks can negatively impact a company’s reputation and financial performance.

Patrick Moorhead, President and Founder of Moor Insights & Strategy, said: “Compromised firmware is particularly insidious as it not only leaves user data vulnerable, but can also make systems permanently inoperable, disrupting the user experience and exposing OEMs to liability. FPGAs provide a compelling hardware platform choice for securing system firmware as they’re able to perform multiple functions in parallel, making them much faster at identifying and responding to unauthorised firmware when detected.”

With MachXO3D, Lattice is enhancing the device configuration and programming steps in the manufacturing process. These enhancements, in combination with MachXO3D’s security features, protect systems by securing communication between the MachXO3D and legitimate firmware providers. This protection is in effect throughout the component’s entire life cycle, including system manufacture, transit, installation, operation and decommissioning. According to Symantec, there was a 78% increase in supply chain-related attacks between 2017 and 2018.

Key features of the new MachXO3D include: