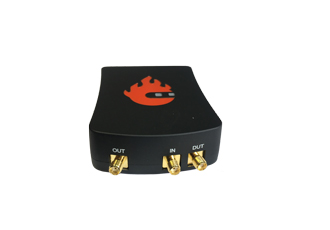 Red Pitaya will partner with its German distributor, Trenz at embedded world in Nuremberg (February 27-March 1) to showcase the STEMlab credit-card-sized multi-function, open-source, and reconfigurable instrumentation. STEMlab is a test and measurement environment that includes a board, an application marketplace and a source code library, all of which foster collaboration and ultimately unleash the inventiveness of users.

Users – which vary from small student teams all the way up to large multi-national corporations - have described STEMlab as ‘the Swiss Army PenKnife for engineers’. STEMlab is designed to be a low-cost alternative to many expensive measurement and control instruments and can function as an Oscilloscope, Logic Analyser, Signal Generator, Spectrum Analyser and much more.

STEMlab is based on a dual core ARM Cortex A9 + Xilinx Zynq 7010 FPGA system-on-chip (SoC), which features a dual core processor and FPGA logic, enabling software and hardware programming. This is coupled with very accurate high-end ADCs.

Customisable at the FPGA and CPU levels, STEMlab can process real-world signals. Red Pitaya has also thought hard about the design of STEMlab.

For instance, the credit-card-sized board features front-end input and output connectors that have a curved design, making it as small as possible and eliminating the need for other adapter boards).