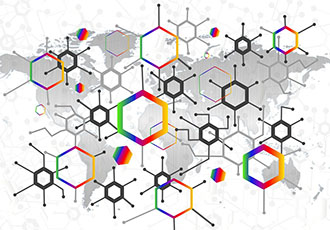 Specialist in connectivity and sensors, TE Connectivity (TE), will be at DesignCon this year, demonstrating a new array of innovative solutions for next-generation compute and networking systems. TE will demonstrate more than half a dozen high-speed data communications connectivity solutions in booth 817 at the DesignCon 2019 expo on January 30th to 31st in Santa Clara, California.

The presentation will include details of the analysed channel impairments that need to be addressed and some of the methodologies employed to develop a sound solution that can support these next-generation physical solutions for the channel, connectors and cables.

TE’s featured live demos in its booth will include:

This demonstration will highlight the connector’s ability to run each of these eight lanes at 112Gbps for a total aggregate data rate 896 Gbps per connector over two meters of copper cable. With the OSFP form factor capable of allowing a density of up to 32 ports per one rack-unit (RU) front panel, this technology can enable 28.6Tbps per 1RU.

112G cable enabled architectures
As data rates prepare to migrate to 100Gbps signalling, the insertion loss of a printed circuit board-based channel threatens standard equipment architectures. This demo showcases the technologies from TE that can enable 100G based architectures to be successful from signal integrity, thermal and packaging perspectives.

This hybrid socket technology utilises a PCB substrate carrier allowing for reliable attachment to the mother board. A key feature of the XLA technology is its ability to address extremely large packages, in excess of 100x100mm. This demonstration presents live 56G PAM4 signal performance over one channel with three aggressors.

The data is transported through a Small Form Factor Pluggable Double Density Surface Mount (SFP-DD SMT) connector which is a pluggable form factor with two high speed electrical lanes. Offering backward compatibility to current SFP style interfaces, this demonstration highlights the SFP-DD connector and DAC’s ability to run each of these two lanes at 56Gbps for a total aggregate data rate of 112Gbps per connector, thus doubling the current limit of SFP style interfaces while also providing backwards compatibility with SFP DACs.

“As we move toward higher speeds in the data centre, equipment requires new approaches to connectivity and thermal management,” said Nathan Tracy, Technologist at TE Connectivity’s Data and Devices Business Unit and President of the Optical Internetworking Forum (OIF). “Each year at DesignCon, TE demonstrates its industry leadership in developing new technologies and products for next-generation data centre and networking equipment, and we are proud to be showcasing our latest technical advances via functioning electrical, thermal and power demonstrations and displays at DesignCon 2019.”