Which Raspberry Pi is right for your project? 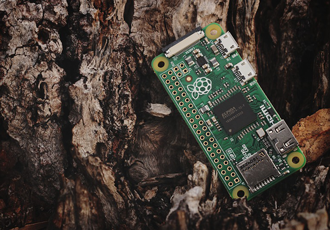 Ever since it first came into the world, the Raspberry Pi has been seen as a device with huge potential. Although it was initially designed as a tool for teaching people the basics of computing, the micro-computer has since evolved into a dream device for any DIY enthusiast who wants to build their own computing project. A smart home device, an internet radio, a virtual cloud device, and many more projects are possible for all to build themselves. Now, the fourth generation joins the family with the Raspberry Pi 4, and here Sven Pannewitz, Product Manager at reichelt elektronik tells us more.

It’s more powerful and capable than its previous versions, opening up brand new possibilities for projects that could not be done with the existing Raspberry Pi 3 B. But what are the differences between the two versions? Do you need the new Raspberry Pi 4 for the project you have in mind? We break down the key differences below:

Power
First things first, the Raspberry Pi 4 comes with more power than its predecessor. With a 1.5 GHz ARM Cortex-A72 Quad Core CPU, it is the extra push that RPi 3’s 1.4 GHz can’t give. If you’re using the Raspberry Pi for intensive purposes, such as high graphics or visuals, the RPi 4’s additional power is the one for your project.

Speed
More interestingly, perhaps, the Raspberry Pi 4 offers a range of different RAM options. Whereas the previous RPi 3 offered just 1GB in RAM, the RPi 4 can come in 1GB, 2GB or 4GB variations. This opens up more projects where speed is a key factor, allowing the computer to process multiple programs a lot quicker.

Connectivity
Not all projects require Bluetooth connectivity, but for those that do, the Pi 4 comes Bluetooth 5.0 -enabled for the first time, versus Bluetooth 4.2 on the Pi 3. What difference does it make? It means a more reliable connection reaches much greater distances. Bluetooth 5.0 can connect a distance of 300 metres, which is four times the distance of 4.2. It’s also substantially faster, more secure, and uses less power. If you’re using Bluetooth to connect to additional devices, particularly for smart technology, the new Raspberry Pi 4 gives you much greater flexibility.

Ports
The way that we connect our devices has changed since the Raspberry Pi 3 was released. While the Pi 3 sported USB 2.0 and microUSB connections, the new Pi 4 swaps these for USB 3.0 connections. This means much faster connection speeds of 5 Gb/s compared to just 480 Mb/s from USB 2.0.

The Pi 4 also swaps the one HDMI port for two microHDMI ports. For the first time, the Raspberry Pi can output in 4K, up to 60fps. If you’ve been locked down to a single screen or TV output before, you can now double your output, all while displaying at the highest resolution. Just because the Pi 4 is small, doesn’t mean it can’t create something beautiful.

Finally, the Pi 4 swaps the microUSB charging port of the Pi 3 for a USB Type-C, so there’s no need to hold onto old wires from 2016 era Android phones.

The power and added features of the Raspberry Pi 4 opens up a new world of projects for people to experiment and create in industry and at home. From 4K visuals to increased storage, there is a whole host of new innovative ways people can use the new micro-computer. The Pi 4 shows that a small and extremely low-cost computer can be exciting and powerful.