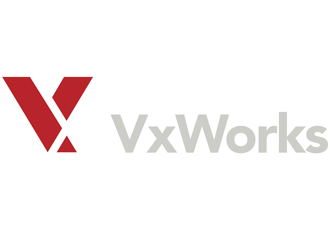 Have you checked out the latest version of VxWorks? You really should. Wind River have announced that it is blazing trails to make the world’s leading real-time operating system (RTOS) even greater than before. Not only does the new VxWorks stay true to its four key pillars of security, safety, reliability, and certifiability, but it now includes a lot of cool features and capabilities that will appeal to software developers, both seasoned and new to the world of embedded.

Developers find it much easier to build applications, and engineering managers will be thrilled at how much more productive their teams are.

Support for C++17
An industry first. C++ is the mostly widely used programming language for the embedded industry. Now, VxWorks is the first and only real-time operating system to support C++17. If you are a developer, you will appreciate saving time to get your coding tasks done. If you run a project team, you will enjoy the lower burden on code maintenance and associated costs. If you are a product manager, you will celebrate the improved runtime performance of your application. And everyone will benefit from the improved security and safety features.

Boost productivity with Boost 1.71.0
Your productivity will go up with the latest Boost. VxWorks now supports Boost 1.71.0, another RTOS first. Boost offers free, peer-reviewed software libraries for use in C++. The latest version contains substantial updates to many of the Boost libraries, including updates to nearly half of the Beast core. VxWorks is now the only real-time operating system to support it, and supports all applicable libraries (147 out of 159 in total).

Line rate performance - better network throughput than Linux
Performance has always been a top priority for the VxWorks development team and we love bragging about our product accomplishments. To make sure we get impartial results, we decided to use a standard tool, iperf3, to measure network throughput. We performed tests in both 32- and 64-bit environments, on single and quad-core systems. VxWorks outperformed Linux in 75% of the tests that were executed. The other 25% of the tests delivered results that were on par. No other RTOS can match the network throughput performance numbers of VxWorks. Why is this such a big deal? Because bandwidth consumption equals cost.

You love Python—VxWorks loves Python
Python is rapidly gaining popularity for software developers all over the world. In its annual survey, Stack Overflow asked professional developers which programming, scripting, and markup languages they use. Of the 90,000 responses they received, 39.4% said they use Python, making it the fourth most popular language. When asked which languages developers love the most, Rust came in first, followed by Python. Great news, developers can now use Python to develop applications for VxWorks.

Your coding skills won’t get rusty with rust
Since VxWorks is the most widely used real-time OS in the world, it only makes sense that we support the the most loved programming language: Rust. Embedded development teams like using Rust because of its performance, reliability, and productivity. And we are all about helping developers be more productive so they can spend more time innovating.

Did someone say Open Source BSP?
More board support packages please. Don’t worry; we’ve got your covered. The new release of VxWorks includes several new BSPs, which we are adding to the hundreds we already support, more than any other RTOS on the market. Need a BSP? Find it here. Don’t see what you need? Not a problem, we can help. And it gets better; we are currently offering open source board support packages for popular boards like the Raspberry Pi. Tell your friends. The more people who contribute to the repositories, the more comprehensive they will become, and the less effort it will take to get projects off the ground.

Wind River Labs - early access to our vault of coolness
Shhh, only insiders know this one … Wind River is making its internal projects and pre-release features available to our most innovative customers. Wind River Labs is a repository for all our cool runtime projects. Customers can go to Labs to get early access to projects like ROS 2, OpenCV, cloud SDKs, and more. We have a long list of very cool projects that we will be adding to Labs.

So many cool things happening with VxWorks. All these new capabilities are really keeping it on the cutting edge. And you thought VxWorks was your mom’s RTOS … welcome to the new world of VxWorks.