Easier installation, operations and maintenance at the Edge 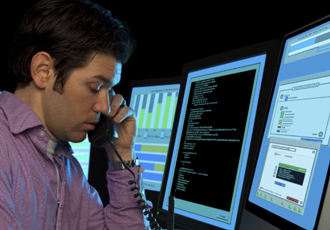 The network edge may look like the land of opportunity for telcos seeking fertile ground to grow new revenue-generating services. For their network operations managers, however, ensuring the delivery of reliable services across disparate edge architectures and geographically dispersed sites of varying sizes could well look like a nightmare scenario. Indeed, operational complexity is one of the biggest challenges of edge cloud deployments. Guest blog written by Jeff Gowan, Wind River.
23rd July 2019

Three factors that have changed the satellite industry forever 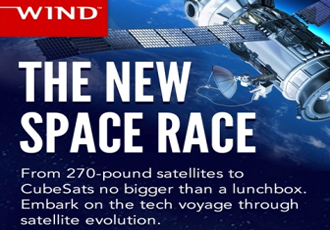 Multi-national corporations and startups alike have begun to tackle the emerging sector of commercial spacecraft. Known as 'new space,' it is the sector where companies are introducing new designs that propel them to the forefront of technological advancement, in areas such as 5G networking and imaging.  Guest blog written by Wind River Intern Ranjan Sikand.
19th July 2019

Bringing the benefits of Linux containers to OT 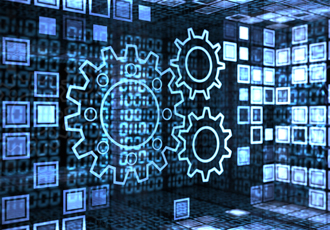 Linux container technology was introduced more than a decade ago and has recently jumped in adoption in IT environments. The OT (Operational Technology) environments, typically made up of heterogenous embedded systems, have however lagged in the adoption of container technologies due to both the unique technology requirements, and the business models that relied on proprietary systems. By Pavan Singh, Senior Director, Cloud-scale products at Wind River.
16th July 2019

Get the insider’s view on satellite technology today 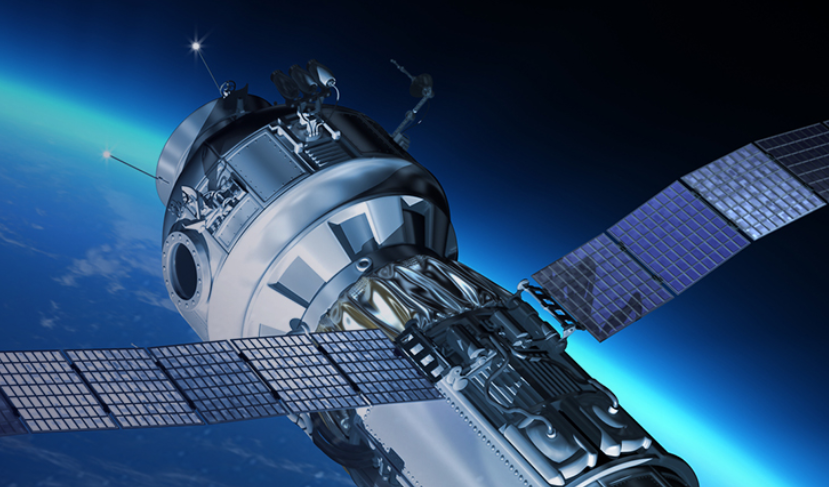 The first US Weather Satellite weighed 270lbs. That made most people associate the word “satellite” with either a moon, a sputnik, or a modern rig with rocket motors, solar panels, and antennae. Is that still the case? Guest blog written by Andreea Volusincu, Wind River.
15th July 2019 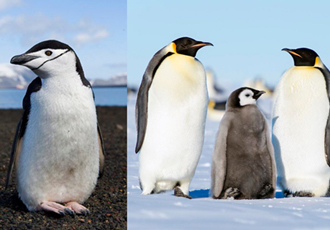 Linux is the primary environment for a majority of software developers and is the solution of choice for embedded systems. Linux is ideal for embedded systems because it comes in so many flavours and varieties. However, this is also one of its biggest challenges. You want to make sure that you are using the right type of Linux to fit your particular use case. Guest blog written by Pavan Singh, Wind River.
11th July 2019 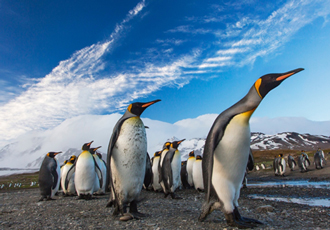 Linux is the default environment for most software developers and is becoming increasingly popular for embedded solutions. However, one of Linux’s greatest strengths, and to some extent its biggest challenge, is that it comes in so many flavours and varieties —each well-suited to a particular use case. Commercial embedded Linux is often the popular choice for organisations looking for a customised solution with low-cost long-term support and maintenance. Guest blog written by Jessica Schieve, Wind River.
5th July 2019

Space as the final frontier? Simulate for safety! 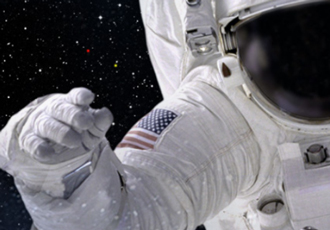 Mythology tells the tale of Icarus burning his wings while flying too close to the sun. In the 16th century, Leonardo da Vinci sketched a flight machine, and flight became a reality in the 20th century. We have always looked up into the sky for new frontiers. The US government alone plans to invest $20bn by 2027 for Low Earth Orbit (LEO) satellites, infrastructure like the ISS, planet exploration and other deep-space missions. Guest blog written by Michel Genard, Wind River.
24th June 2019

Why virtualisation holds the key to application portability 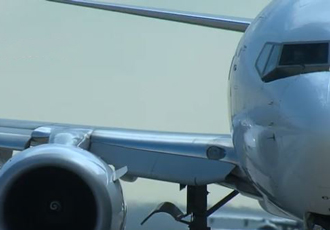 This week, at the Paris Air Show, new information was released on the cooperation between France and Germany for the next phase of the Future Combat Air System (FCAS). At previous announcements on the concepts, the program does not cover just a single aircraft, instead, it is a System-of-Systems that combines future fighter aircraft with unmanned systems (or remote carriers), legacy ground, air and space assets, and advanced networking capabilities through an 'Air Combat Cloud.' Guest blog written by Andreea Volosincu, Wind River.
19th June 2019

5G, autonomous systems and the revenge of real time and determinism! 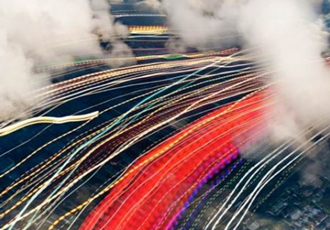 If you tend to look at the technology landscape through the lens of a cloud approach, you probably believe that infinite compute, storage and bandwidth are available to you thanks to the cloud. In terms of scalability and elasticity, IT and most of the popular PaaS have largely demonstrated that this is possible - just buy more compute, storage, services from your favorite cloud platform. Guest blog written by Michel Genard, Wind River.
13th June 2019 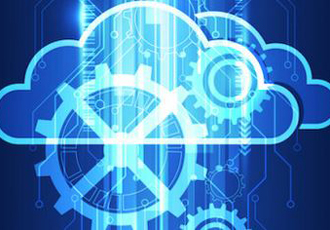 Containers are widely regarded as the next big thing in telco virtualisation technology, but what about the service providers who have already deployed VM-based solutions? Some communications service providers have already started virtualising with virtual machines and VNFs and will want to continue that route for various reasons, but they will also want to adopt container-based technologies for the advantages they bring. Guest blog written by Jeff Gowan, Wind River.
7th June 2019

Testing against cyber-attacks with simulation technology 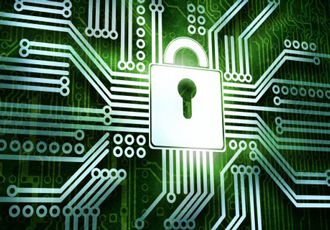 Cyber-security is often a story of the “weak link.” The following two recent cyber-security events involving USBs brings to light the importance of testing the system against cyber-attacks to eliminate this type of risk. Guest blog written by Michel Genard, Wind River.
31st May 2019

A community for safety certification on multi-core processors 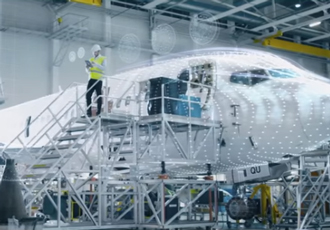 Last week, Tim Skutt of Wind River, participated in one of a series of collaborative workshops on Multi-Core Processor (MCP) Certification at Wright-Patterson Air Force Base hosted by the US Army. Wait, was that a typo? No. The US Army Combat Capability Development Command (CCDC) Aviation and Missile Centre was indeed the host for a workshop at a US Air Force base.   Guest blog written by Tim Skutt, Wind River.
21st May 2019

Autonomous cars can learn much from aerospace and others 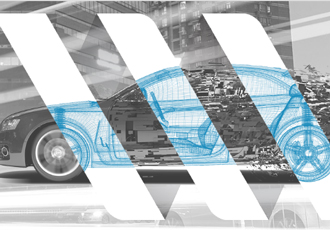 The safe transportation of passengers, strict industry standards and regulations, autonomous controls…does this sound like the imminent future for automobiles? Actually, this could describe the aerospace industry today. Consider also the stringent demands telecommunications and industrial/utilities companies must uphold when it comes to connectivity or reliability. Guest blog written by Marques McCammon, Wind River.
21st May 2019 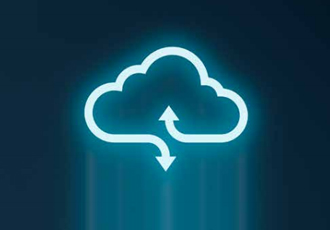 In a world constantly hungry for innovation, software is a living thing. No matter which software architecture is in use within a car, it will have to be updatable. The consumer experience is constantly evolving as well. As new apps and mobile capabilities enter the market, new cyberthreats emerge and must be responded to quickly and effectively. Guest blog written by Marques McCammon, Wind River.
13th May 2019

Getting more and going further with your automotive investment 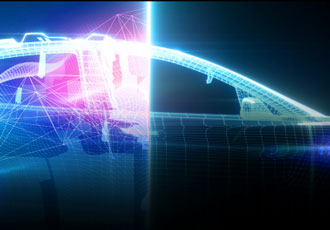 The automotive industry frequently reuses the physical chassis from one vehicle line to another, as a way to more broadly make available and share the underpinnings of various vehicles, and extend their investments. In the same way the industry has learned to reuse platforms from one model to the next, OEMs should now think about the reuse of software and hardware architectures.  Guest blog written by Marques McCammon, Wind River.
1st May 2019 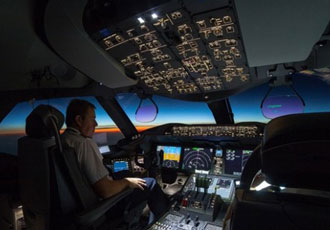 Future airspace will be filled with drones, commercial aircraft, helicopters, and more. Several prototypes are currently targeting urban air mobility solutions such as air taxis, or revolutionary aircraft models, such as next-generation commercial supersonic aircraft. Add to this autonomous swarm technologies, such as manned-unmanned teaming, and systems for future vertical lift and it’s clear that the technology wave coming to any aerospace manufacturer today can easily become overwhelming. Guest blog from Wind River.
18th April 2019

The first image of a black hole 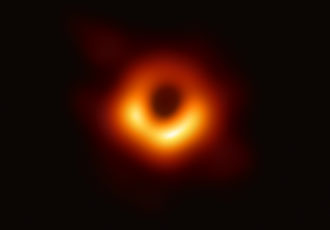 This week, the world had a first view of the ground-breaking discoveries brought forth by Event Horizon Telescope (EHT) – an international scientific collaboration aiming to create a virtual Earth-sized telescope. The images of the event horizon of a black hole were constructed from data gathered by observatories all over the globe. Guest article written by Andreea Volosincu, Wind River.
12th April 2019 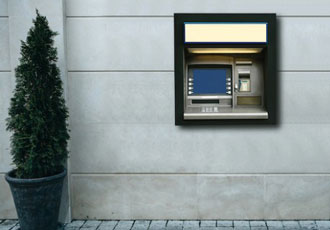 While the security of Automated Teller Machines is not necessarily ‘life critical’ as with many other industries (think transportation, medical and some industrial applications), there are certainly financial and identity theft risks associated with these devices. There is much data on the web regarding the various ATM attack vectors, the estimated number of annual hacks and the cost to the industry. Guest blog by Rick Anderson, Wind River.
3rd April 2019

Nearly four decades ago VxWorks revolutionised the RTOS market by enabling a hardware board to connect to a Unix workstation dramatically changing the edit/compile/debug paradigm. This revolution was so disruptive that within ten years many established competitors went out of business or were acquired as a way to be salvaged. Guest blog written by Michel Genard, Wind River.
21st March 2019

Pushing the barriers of autonomous systems

The Swarm Technology are not just any ordinary unmanned aircraft systems (UAS). They fly together. Better still, they swarm together, for any Star Trek fans out there. They can also team up with a manned aircraft and act like a force multiplier. This kind of unmanned aircraft can bring significant improvements to almost every area of national and homeland security, from enhanced surveillance to missile defence.  Guest blog written by Andreea Volosincu, Wind River.
11th March 2019
First Prev   Page 3 of 19   Next Last