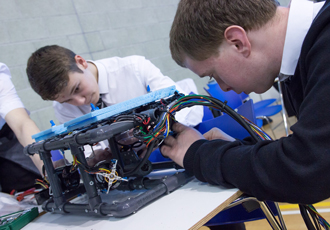 A team of young engineers from Grove Academy in Dundee have triumphed in an annual competition at Robert Gordon University (RGU) and will now travel to Seattle to take place in the international final. The team were taking part in the Scottish MATE ROV competition, co-ordinated and hosted by RGU, which saw nine school teams from around the country put underwater robots, which they had designed and built, through a series of missions for a place in the international final.
26th April 2018

Engineers of the future go head to head in ROV competition 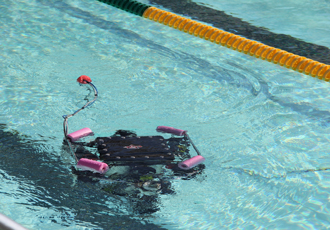 The engineers of the future will go head to head at Robert Gordon University this week on 25th April where they will put underwater robots, which they have designed and built, to the test as part of an annual competition.
24th April 2018

Visitors to Offshore Europe in September will be able to transport themselves to a virtual reality (VR) drilling rig, thanks to the latest technology being offered at Robert Gordon University (RGU). The university, which is exhibiting as part of the Aberdeen City and Shire Exhibition Stand (2C20), will have its newest addition to its suite of simulation facilities available for guests to try out.
4th September 2017 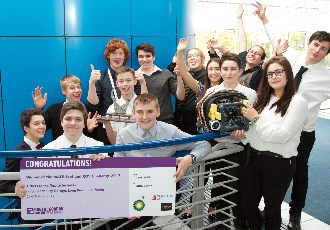 Coming out on top in the annual competition for pupils across Scotland to put their underwater robots they have designed and built to the test, Keith Grammar School, clinched first place. The Scottish leg of the MATE ROV challenge, co-ordinated and hosted by Robert Gordon University (RGU), saw eight schools put their ROVs through a series of challenges at RGU Sport.
24th April 2017
First Prev   Page 1 of 1   Next Last