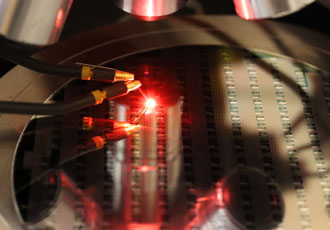 Plessey, an embedded technologies developer at the forefront of microLED technology for the Augmented Reality (AR) and display markets, has successfully developed a world’s first GaN on Silicon-based Red LED. Whilst InGaN-based Blue and Green LEDs are commercially available, Red LEDs are typically based on AlInGaP material or colour converted Red.
9th December 2019

Embedded technologies developer at the forefront of microLED technology for augmented and mixed reality (AR/MR) display applications, Plessey, has announced a significant milestone in the development of its monolithic microLED displays alongside its backplane partner, Jasper Display Corp (JDC).
14th May 2019 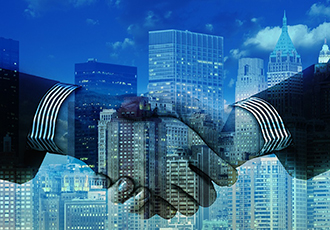 Developer of optoelectronic technology, Plessey, has announced that it has been named a CES 2019 Innovation Awards Honoree in the Embedded Technologies category. The company has been recognised for its monolithic microLED displays, which reportedly deliver greater light output, better contrast and improved resolution in AR applications.
26th November 2018 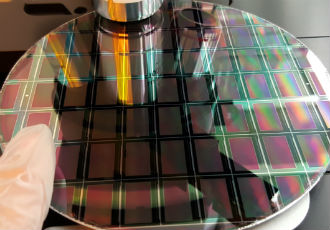 Plessey Semiconductors has announced a strategic partnership with Jasper Display Corp (JDC). Plessey is going to utilise JDC’s innovative silicon backplane to drive its own monolithic microLED displays manufactured on its proprietary GaN-on-Silicon (GaN-on-Si) wafers. Unveiled by JDC earlier this year at CES in Las Vegas, the eSP70 silicon backplane is tailored for the needs of microLED devices.
11th September 2018 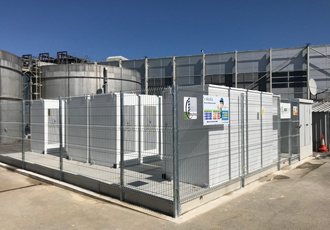 Plessey has announced the opening of a new 2MW behind the meter (BTM) battery storage solution installed at its flagship manufacturing and R&D site in Plymouth, Devon. The project was completed by KiWi Power. This project follows KiWi Power’s success in building two other BTM battery storage systems in the UK. The company is targeting an extensive roll-out of similar BTM projects for high energy users particularly in the commercial and industrial sectors.
6th June 2018 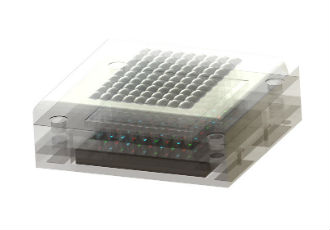 Plessey Semiconductors has announced it is partnering with Vuzix. The two companies are partnering to develop the necessary technologies for a generation of AR Smart Glasses, based around the combination of Plessey’s microLED light source product family, Quanta-Brite, and Vuzix’ expertise and IP in Smart Glasses and essential optic technologies.
5th June 2018 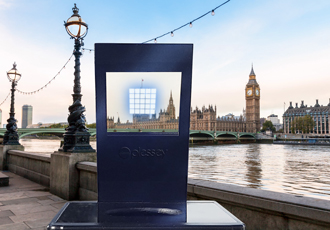 Plessey Semiconductors has successfully demonstrated how its monolithic microLED technology can be used to deliver the next-gen of Head-Up Displays (HUDs), enabling new AR and VR applications. MicroLEDs are emerging as the only technology that can provide high luminance in a small format. All leading manufacturers of wearable technologies are currently pursuing manufactures that can deliver a suitable microLED solution.
23rd January 2018

Monolithic microLED display based on GaN-on-Silicon 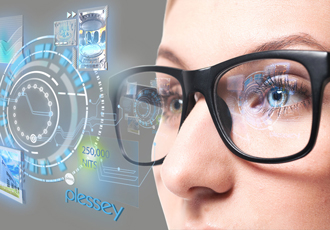 Optoelectronic technology solutions developer, Plessey Semiconductor, has announced its commitment to being the first to market with a monolithic microLED based display based on GaN-on-Silicon. Plessey has also commenced an extensive licensing programme that will see the company license out its GaN-on-Silicon expertise to microLED manufacturers in line with its new business strategy of becoming the photonic industry’s foremost technology platform provider.
5th January 2018

Beam-forming optical technology to be shown at electronica 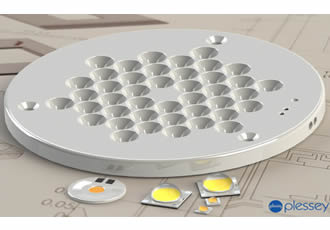 A standard LED module based on Plessey's Stellar beam forming technology is to be exhibited at electronica (Munich, 8th to 11th November 2016, stand A4-128). By integrating the LED and optics into a small module, the Plessey Orion PLWS3000 series module delivers over 3,000 lumens from a unit 5.6mm thick and 82mm in diameter.
2nd November 2016
Datasheets

Plessey have been shortlisted in the Healthcare Technologies category for its imPulse ECG monitor at The IET (The Institution of Engineering and Technology) Awards 2016. IET’s prestigious annual awards celebrate the best innovations from both industry and academia. The IET highlights landmark work and developments that take place across a number of important areas of science, engineering and technology.
13th October 2016

Team Plessey cycles to raise over £8,000 for Prostrate Cancer UK

Plessey announced recently that it raised £8,313 on 3rd September for Prostate Cancer UK with its 105-mile Tour of Devon. The 28 participants started and completed near the Plessey facilities in Plymouth on the edge of Dartmoor National Park in South Devon. The cycle route took them through Tavistock, Okehampton, Exeter, Bovey Tracy and Widecombe-in-the-Moor and included the Mamhead and Haytor climbs.
15th September 2015

Plessey Semiconductors has announced that it will be featured on a website showcasing 21st century British manufacturing, launching 23rd April. www.madeherenow.com, the brainchild of former Financial Times Manufacturing, Editor Peter Marsh, is looking to tell the story of modern-day industry through a series of articles, pictures and videos about four exemplar companies.
20th April 2015

Plessey presented its LED technology and the commercialisation of GaN-on-Silicon at the fifth CS International. The conference provided an up-to-date overview with comprehensive coverage of every important sector within the compound semiconductor industry.
17th March 2015

Plessey to exhibit products for lighting applications at LuxLive

Plessey today announced that it will be exhibiting at LuxLive, the UKs biggest lighting show, taking place at ExCeL London on 19th and 20th November. The show, which attracted over 6,500 visitors last year, brings together all of the latest innovations in this fast-moving sector ranging from energy-saving controls to dramatic architectural light fittings.
11th November 2014

Plessey Semiconductors today announced the release of the PS2292X family of easy-to-use, robust, linear regulator products that uses Plessey's bipolar process to offer industry-leading, low noise performance and very low dropout. The devices are part of a high current, single supply, LDO family that operates from an input voltage as low as 1.7V and as high as 12V.
28th February 2013

Plessey has today revealed that they will be exhibiting at the International IC China Exhibition in Shenzhen from 28 February to 2 March 2013. Plessey will be featuring solutions for the tele-health markets including the handheld imPulse and the wrist worn inCite incorporating the company's award winning EPIC sensor.
19th February 2013

Plessey has today announced that it plans to launch a new hand held, ECG monitor at this year's electronica Show in Munich next month. Aimed at the home health market, the imPulse will allow the routine, quick and accurate recording of ECG signal outside of the medical environment and without the need for conductive gel or skin preparation.
22nd October 2012

Plessey Semiconductors announced today the release of the PS25451, an ultra-low cost version of its award winning EPIC sensor that provides remote sensing for high volume consumer markets. A novel electrode design has been devised to replace the expensive titanium dioxide electrodes currently used for the higher end, medical applications of EPIC technology.
30th May 2012
Datasheets
First Prev   Page 1 of 3   Next Last