HDDs are engineered for mission critical IT operations 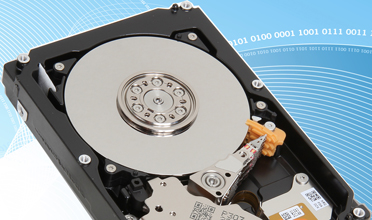 Engineered for mission critical IT operations, a range of HDDs has been announced by Toshiba Electronics Europe. The AL13SX series HDDs with 6Gbit/s SAS interface and 15,000 RPM  spindle speed, combine high performance with capacities up to 600GB and compact 2,5 inch (64mm) size.

Businesses are struggling to cope with the explosion of digital data and demand for rapid access.  The AL13SX series helps meet these demands by reducing the footprint and operational burden of Tier 1 mission critical servers, servers hosting transaction-based applications and rack-optimised data centres.