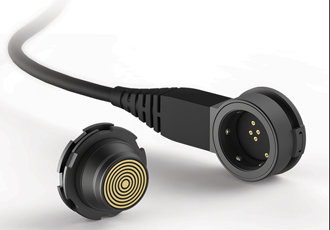 At the International Paris Air Show (19th to 25th June), Fischer Connectors will showcase its innovative products designed to meet customers’ growing needs for faster, more powerful and smaller solutions in aerospace applications. On Fischer Connectors’ stand (D165, hall 4), visitors can discover the new Fischer MiniMax series USB 3.0 and the new Fischer UltiMate series Power and get a preview of the LP360 wearable connectivity technology to be launched this summer in the new Fischer Freedom series.

Working closely with customers to address their pain points, Fischer Connectors continues to push the limits of innovation with these new products:

1. A new ultra-miniature USB 3.0 connector in the Fischer MiniMax series
The lightweight, high-density Fischer MiniMax series has been extended with a new dedicated USB 3.0 contact block in the 08 size connector, a robust, IP68-sealed solution that meets needs for even faster signal speeds, higher performance and greater functionality in small devices. With a multiple combination of signal and power contacts and three locking systems, it is small, light and easy to use. It is being used, for example, in:

2. A new high-power connectivity solution in the Fischer UltiMate series
The ultra-rugged, compact Fischer UltiMate series has been extended with two high-power configurations, thus improving the power supply alongside signals. It enables the full integration of UltiMate connectors into all applications, offering even more flexibility with new configurations of 2x contacts of 26A each or 3x contacts of 16A each, both combined with 3x signal contacts. With IP68/69 or hermetic sealing, and 360°C EMC shielding, it is able to withstand high levels of shock, vibration, corrosion and temperature extremes over 10,000 mating cycles. It is being used, for example, in:

3. A breakthrough wearable connectivity technology, fully cleanable
The new rugged LP360 connector is low profile, allowing for easy integration into clothing and 360° mating to optimise cable management. By eliminating the key code, it can be mated, routed and plugged in any direction, ensuring that the cable can always go straight to the device. Fully cleanable on the receptacle and plug side, it is easy to use and maintain. It can be used, for example, in:

During the tradeshow, visitors will be able to discover rugged fiber optic solutions, the Fischer FiberOptic series. The series is available with 1, 2 or 4 fibres or in a hybrid version, and ensures premium optical performance even in harsh environments. With IP68 sealing (mated) or IP67 (unmated) and APC & UPC polishing, the FiberOptic connectors are easy to mate, maintain and clean on the move. They can be used, for example, in: