Who ordered these sausages? 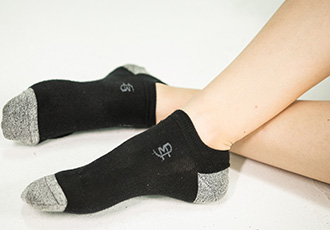 Steve Rogerson looks at some of the news that may have missed the front page. I can’t wait for Halloween to watch all the trick-or-treaters wondering why the new facial security feature on their iPhones has stopped working.

As Artificial Intelligence (AI), develops there have been concerns over the involvement of machines in our decision making. More than three quarters of UK consumers are uncomfortable with the idea of their fridge ordering groceries on their behalf, for example. And, I think I am one of them. I mean, do I really want a grocery delivery wagon turning up at my door unexpected with a pack of sausages when I was looking forward to having bacon for breakfast for a change?

Though, as I have mentioned before, I do fancy the idea of an autonomous vacuum cleaner but it would stretch the limits of autonomy to navigate the clutter in my house. Electrolux claims to have made one that maps the room to steer clear of obstacles. I challenge you, lend me one - my house will beat it.

Also, I have now lost my autonomous virginity. At the recent AutoSens show in Brussels, I had my first ride in an autonomous vehicle. It wasn’t a particularly clever vehicle, in that all it could do was follow a pre-programmed route around some bollards, but eh, the first time can often be disappointing.

I must confess to becoming a little confused at AutoSens when I saw the sign for the ON Semiconductor Meeting Room propped up against the entrance to the loo. Maybe they were meeting with Kohler, which reckons it is about to revolutionise toilets with its new swirl flush technology. That’s enough to drive you round the bend. Sorry.

Arriving at the London headquarters of the Society of Motor Manufacturers & Traders for a Delphi press briefing, I was given not a name badge, as is the norm, but a generic visitor’s badge bearing the number six. I resisted the temptation to shout: “I am not a number, I am a free man.” Younger readers may not get that - try Google.

Talking of Google, I needed some information about Intel subsidiary Wind River so I did a quick search but was rather surprised by the results. Why did nobody tell me there is now a movie called Wind River? And I cannot help but think the company knew about this upcoming film, which was why at Embedded World earlier this year it was trying to pretend the firm was just called ‘Wind’. Or that could be a load of hot air.

Image: It may seem a bit early to start thinking about Embedded World, but these might be the perfect accessories for all the walking around the halls in Nuremberg. They are what is claimed to be the world’s best odourless socks. The maker – MP Magic – has achieved this by combining silver, copper and zinc, a mixture that has been reducing smells in the aerospace industry.