Make sure you read the small print 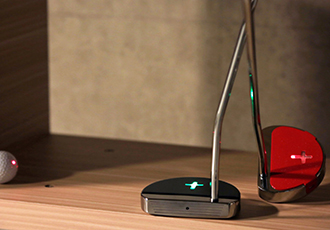 Steve Rogerson looks at some of the news that may have missed the front page. How often do you read term and conditions? Most people, including me, just tick the box without a second thought. Maybe you should think again after an experiment by WiFi company Purple. It stuck an extra clause into its WiFi agreement saying users may have to do 1,000 hours community service as part of their contract, including stuff such as cleaning loos and sewers and hugging stray dogs. More than 20,000 people unknowingly signed up, but so far Purple has not enforced the clause.

After a year in which there was a sensible gap between Embedded World in Nuremberg and Mobile World Congress in Barcelona, I did have the vague hope this could be the future format, so imagine my disappointment to see that for 2018 they are once again in the same week. I would bang my head on the desk in frustration but I would rather spend my energy banging together the heads of the organisers of the two events.

Sir Richard Branson’s Virgin Group has been making predictions about what businesses will look like in 20 years’ time. Most of it is the usual stuff about Artificial Intelligence (AI) looked at through rose tinted glasses, but buried in the release is this bit of sexist nonsense: “There will also be greater importance in the workplace for ‘female’ attributes such as emotional intelligence.”

So men do not use emotions to make decisions? I used to like Branson when he first started his independent record label, thinking hippies like him should rule the world. That view did not last long.

You have all probably heard of crowdfunding - but what about crowdcasting. This is the brainchild of a company called Surkus that will help bar and club owners make their place look busier by providing a crowd for them. Sign up, it will pay you £8.00 an hour to party. Sound far fetched? Well I remember when I lived in London, a PR guy phoned me up in a panic because he hadn’t got enough people coming to his press conference and offering to pay me just to attend and look interested. Did I accept? Well, I had nothing else on that day, and there were no hidden terms and conditions.

Image: If you use technology to help you play a game, at what point does it become cheating? Well this smart putter definitely goes beyond that. LED level indicators show whether the face of the putter is square on with the ball. It can also analyse a putt and send information on angle, velocity, direction and so on. OK, a push of a button will turn it off, but how many will secretly turn it back on again when faced with that tricky downhiller on the seventh?