Keep dry while monitoring your socks 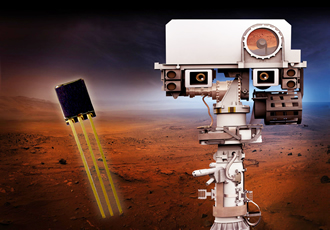 Steve Rogerson looks at some of the recent news that may have missed the front page.

How would you like other people monitoring your socks? You probably wouldn’t, especially if you are a racing driver as I suspect after a few laps it all gets pretty smelly down there. Well, Renault is partnering with Sensoria to do just that. The information gathered by the connected socks will be transmitted to an app that records parameters such as speed, braking and acceleration, allowing racing car enthusiasts to assess their performance on the track. I would have thought that information was available from other sources, though I suppose it will please those with a foot fetish.

One of the best known connected home products is not in the sock drawer, but is the Amazon Dash Button. For those not familiar, this is a WiFi device that makes it easy to order goods from your house. Well, after teaming up with American company Ansell, it can now be used for ordering condoms. The press release didn’t say whether there was an express delivery option for those unexpected moments, though given Amazon’s experiments with drone deliveries this could lead to a dramatic increase in air traffic.

Another drone that is hitting the headlines is the Umbrella Drone, which is basically a drone attached to an umbrella that flies above you as you walk in the rain. This news arrived from a company called DronesDirect and there are so many things wrong with the idea that I still haven’t decided whether or not it is an early April Fool’s joke.

It’s not a joke that when Intel speaks, the rest of the industry has to listen. So Intel was bound to use the extensive marketing and consumer research resources that it has at its disposal when it decided to combine its automotive services into a single brand. So what did this army of experts come up with? Intel GO. Come on guys, surely you could have done better than that.

Talking of bad names, I have moaned before about the many variations on Internet of Things that are popping up, and the latest is what one company has called ‘the emerging Location of Things sector’. Well, ‘emerging’ in the sense that it has launched a product, and it is pretty cool – Pixie Points. These are tiny devices that you attach to anything and an app on your mobile phone can find them. Not cheap though – $100 for a pack of four.

Image: Ever wondered if there is life on Mars? Well, judging by this picture from TT Electronics, Martians are black, oblong creatures with three skinny legs. In fact, they have a striking resemblance to the company’s Hall Effect sensors that will be used in Nasa’s 2021 mission to the red planet. Odd that.