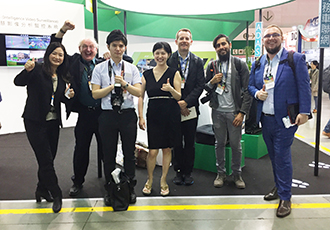 Steve Rogerson looks at some of the news that may have missed the front page. As April Fool’s Day fell on a Saturday this year, it was not hard to spot the joke press releases, and the car companies as usual were at their best with Honda’s in-car dating app and MG’s voice controlled emoji windscreens. And well done Waze for its satellite navigation app for, wait for it, Mars. However, I never did work out whether Fenix Group was pulling my leg with its press release about a drone powered flying cell phone tower.

Also not a spoof was the news that LG Uplus has teamed up with bidet maker Kohler Novita to introduce an IoT connected toilet. The toilet has a remote control to spray water to wash the user’s posterior – as is normal for a bidet – but this latest loo will connect to a smart home hub to allow the water temperature and spraying strength to be controlled remotely over WiFi. Er, hang on a minute. Why would anyone want this? Do you really want someone else in the house to have the ability to send a stream of scalding hot or freezing cold water into your nether regions while you are using the toilet? Maybe you do.

My travels this month took me to Taipei for the Autotronics show and I was treated to a demonstration of an autonomous vehicle simulator. One of my fellow journalists took the wheel and, then, as instructed, took his hands off the wheel. The simulator carried on driving, straight into a building. Later it merrily passed a no-entry sign. I think this one may need to go back to the drawing board.

Car maker Seat suffers a bit because in English its name is spelt the same way as the thing you sit on, though pronounced differently – see-at. It tries to get round this by writing its name whenever it can in capital letters, though I do not see how that helps. However, it seems to be combining the two meanings in one of the most sought after jobs at its factories. Among a list of unusual jobs it published, along with tailors and sculptors were the seat testers. I want to know if the job interview opens with the question: “So, what experience have you in sitting down?”

Form an orderly queue next time that vacancy comes up.

Image: When the overseas journalists descended on one of the stands at Autotronics in Taipei last month, they insisted on taking a group photo. “Leap up and cheer,” the photographer shouted. As you can see, I was the only one who obliged.