Don’t be late calling the SAS to cure sleep apnoea 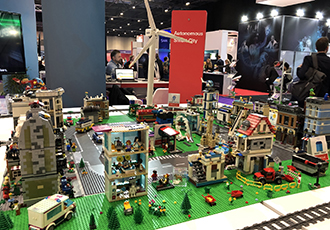 Steve Rogerson looks at some of the news that may have missed the front page. In this column in the April issue, I had a dig at Taiwanese company Innodisk for sending me a press release three weeks after embedded world about what it was planning at the show. Well that time gap has been thrashed by Chinese company Dusun Electron, which sent me a press release on 5th June this year about what it would be launching at the Consumer Electronics Show (CES) in Las Vegas in January, wait for it... 2017!

I have often wondered whether business intelligence company SAS ever had customers a little confused about the name. The answer came at last month’s IoT World Europe Summit in London when Peter Pugh-Jones, who heads SAS’s IoT operations, stressed at the start of his talk: “We are not balaclava-wearing heroes and we don’t fly airplanes.” Glad he cleared that up.

When is smart, well, pretty dumb? The answer is when it’s a smart light bulb from GE and it needs resetting. The company has released a video on YouTube called: ‘Updated: How to Reset C by GE Light Bulbs.’ Look it up, I won’t spoil it for you but it is the most long-winded way to reset anything. Why couldn’t they just have a button?

What is really smart is the work being done at Carnegie Mellon University where researchers have developed a non-invasive way for a brain to control a robot arm with the type of resolutions close to what can be obtained with more risky implantable devices. Now, I thought an implantable device to control a robot arm had a serious wow factor that was once the stuff of science fiction, but these researchers are blowing my mind. Well done.

Researchers at Ford, meanwhile, are spending their time looking at the effects of sun lotion on the interior surface of cars. I don’t think a Nobel Prize is heading their way anytime soon.

Talking of wasting time, hardware retailer Robert Dyas has done a survey of the types of irons people use and what that says about their personality. I would put myself to this test but it is so long since I used my iron I can’t remember where it is or what it looks like.

And, finally, US company SoClean is boldly going where no sanitiser company has gone before. It has hired William Shatner, also known as Star Trek’s Captain Kirk, to promote how its continuous positive airway pressure machine can help people suffering from sleep apnoea. They should ‘Klingon’ to such a good frontman.

Image: At last month’s TechXLR8 at London’s Excel, software company Oracle was showing this smart city it had built using Lego. I really hope the wind turbine is not to scale. Also, if you look closely, you can see a model of Tower Bridge, but it is not over a river. “That’s not very smart,” I said to someone on the stand. “Ah,” he replied. “We sent it to Israel and it came back in pieces.” That’s Lego for you