The jobs and industries that AI will impact the most

Home > AI > The jobs and industries that AI will impact the most
28th November 2017
Source: Tieto
Posted By : Lanna Cooper 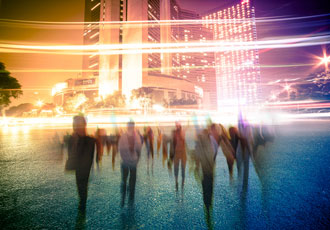 According to a survey commissioned by software and services company, Tieto, people in the Nordics think Artificial Intelligence (AI) can do a better job than humans in many roles - even very demanding ones. However, when it comes to utilising AI within healthcare, scepticism is high compared to the experts' assessment. Most people also believe new technology will make it more difficult to get jobs in the future - but very few think their own job is at stake.

In the survey, conducted by the international research firm YouGov on behalf of Tieto, over 3,000 people from Sweden, Finland and Norway were asked about AI and its impact on society. The results show that almost eight out of ten (79%) believe that AI and robots will to some extent make it harder to get jobs in the future, but only ten percent see it as a high probability that an AI will replace their current job. Thirty nine percent believe their job won't be affected at all.

"The awareness and understanding about AI is rather low amongst the general public. Few realise that it is already being introduced broadly in various areas, with data driven decision-making increasingly supplementing our human skills and competences. At the same time, the discussion around AI has focused too much on jobs disappearing, when in fact we should also emphasise the new types of roles and tasks emerging as a result. AI brings a multitude of abilities and needs for new expertise to all industries,” said Ari Järvelä, Head of Data driven Businesses, Tieto.

The sector which people believe will be impacted the most by AI within the next decade is industry and manufacturing. Customer support, postal and delivery services, accounting and banking services are other areas expected to undergo similar development.

Healthcare, however, is not believed to be affected to the same extent - only one in seven people, 16% believe that AI will have a substantial impact on the area. This contradicts the view of many experts who predict healthcare to be one of the fastest evolving sectors with the help of AI.

"It is clear that industries that have been early in adopting various forms of automation are also expected to undergo the biggest change with AI. However, healthcare is an area where this technology will play a vital role, improving both cost efficiency and quality of care. There are many on-going projects in which AI can analyse health data and suggest preventive measures at both individual and societal level. Going forward, the benefits of the new technology will become all the more evident for citizens - this is just the beginning,” said Järvelä.

The results further show that AI is viewed as a disrupting force regarding many types of roles and tasks. The list of roles that people think could be done better by AI includes IT support, accountants, check-out staff, bus and taxi drivers.

Occupations where people believe an AI would do a worse job, are those traditionally associated with close everyday human interaction, such as teachers and doctors.