UK Immigration and tech startups: what you should be doing?

Home > Around the Industry > UK Immigration and tech startups: what you should be doing?
11th July 2018
Source: Electronic Specifier
Posted By : Anna Flockett 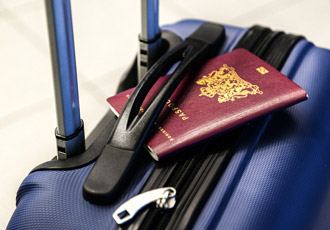 Newland Chase, a specialist in immigration hosted a small intimate session during London Tech Week that aimed to give advice and a taste of what they can offer to startups wanting to come to the UK from abroad. Antonio Lam, UK Managing Director started the session by explaining that Newland Chase works with every continent so time zones and differences are never an issue.

At the session we also learnt that over the past 12 months since the UK voted to leave the EU, Newland Chase has seen a large spike in people wanting to come over, including startups, entrepreneurs and even bigger organisations.

Over the past few years, the UK has seen an oversubscription in work permits, and although it has not stopped people applying the rules have tightened and the UK Government want to see the best, bright and most talented migrants get a chance. For Newland Chase this is not a worry, and Lam explained that it is their job to help startups throughout the entire process and with every step of the way, additionally it is also on hand to help with the aftermath startups face.

Lam explained all the different routes a startups can go down when trying to come over to the UK, and the different methods you can take. “First you need to look at residency, and look at people over in UK when you want to market. It probably isn’t going to work in your favour bringing over all overseas employees, compared to hiring some local people for your team.”

One client journey was shared with us that stayed with me, which saw a young man starting off in his bedroom teaching himself to code. From here he became a bit of a startup in India and employed around ten people, and then decided he wanted to come over to the UK for business in 2015. Newland Chase successfully assisted him with initial entry into the UK back in 2016, and then he progressed onto business expansion, which he was able to do with continual support in strategic human capital resourcing, local hires and mass transferring.

Lam concluded: “Business is about relationships. It has been an honour to work and see some of these people grow.”