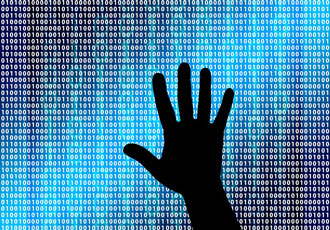 A surge in interest from candidates has helped shrink Britain’s cyber security skills gap, but the shortage of expertise means UK Plc remains at risk of cyber attack, according to new data released by the global job site Indeed.

Research published by Indeed found that Britain’s cyber security skills gap is the second worst in the world, but this data also reveals that the shortage of people with the most in-demand skills has eased by more than a third (36%) in the last two years.

By tracking the number of cyber security roles advertised on Indeed and the number of clicks from candidates, researchers were able to gauge the mismatch between demand and supply.

Between the first quarter of 2015 and the same period this year, the share of cybersecurity job postings rose by 2.8%, but the share of candidate clicks rocketed by 40.3%.

The rapidly rising level of interest helped narrow the skills gap dramatically at the end of 2016 and start of 2017, even if the 42.7% mismatch shows that demand is still more than double supply.

Indeed’s researchers found the greatest skills gap was in Cloud security, with the share of jobs posted exceeding candidate interest by nearly ten to one (a mismatch of 13.4%), while in malware security and disaster recovery - both areas that saw high profile issues in May - demand exceeds supply by four to one.

Mariano Mamertino, EMEA economist at the global job site, Indeed, commented: “From May’s global ransomware attack to data breaches at major corporations and even the US presidential election campaign, cybercrime has frequently hogged the headlines.

“As a result cyber security has been thrust centre stage, and an increasing number of people are considering it as a career.

“The jump in interest from candidates is offering some relief to the thousands of British businesses struggling to find people with the skills and experience they need to keep cybercriminals at bay.

“But while the skills gap has narrowed, demand from recruiters is still double the supply of candidates, forcing many at risk companies to offer increasingly attractive packages to woo the talent they need to protect one of their most precious assets - data.”