Research reveals the jobs most at risk from automation

Home > Around the Industry > Research reveals the jobs most at risk from automation
8th January 2020
Source: Merchant Machine
Posted By : Lanna Cooper 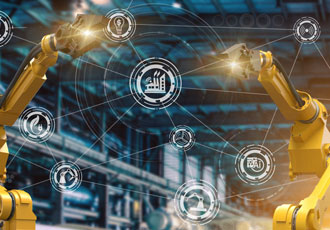 New research from Merchant Machine has revealed the jobs that are most at risk when it comes to automation and which nations are at most risk. The research offers insight into which industries are at highest risk around the world. It seems those in the service industry are going to be the most impacted as automation continues its rise through society. This could create an even more difficult start for obtaining a first job as these roles will be filled by tech leaving even fewer roles deemed more profitable to be fulfilled by a people.

The research found that people at either end of their careers were the most at risk from automation with 16% of 20-24 year olds and 8% of 60-65s at risk of losing their income to automation.

Risky business ahead of Brexit

According to research, Slovakia is the least prepared country for implementing automation and robotics, with the nation being only 29% ready, despite a workforce of 44% that is at risk.

The research also reveals the amount of revenue the automation sector is expected to make over the next few years, with worldwide revenues in 2016 amounting to around $271m - and this year, it’s set to make around $1.5bn.

As the world prepares for automation, the amount of revenue is predicted to double by 2022 - reaching an all-time high of $3 billion.

Ian Wright from MerchantMachine.co.uk stated: “With political events such as Brexit, many people are worried about their jobs and which industries will be most affected, but this political change isn’t the only thing that could jeopardise jobs in the future. The research reveals several insights into who can expect to be the most vulnerable, particularly the elderly and young people in the UK.”

The automation of jobs

To see which nations are at high risk of automation and whose the most prepared, you can take a look at MerchantMachine.co.uk’s tool here.