Imagining the phone of 2037 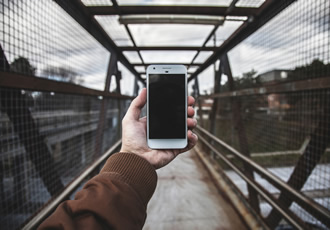 In 1997, mobile phones could send text messages. By 2007, flip-phones were all the rage and there was a popular trend for mini keyboards to be attached to the handset. We also saw the release of the first iPhone, but many critics didn’t believe it would catch on. Overall it seems fair to say that in the tech world a lot can happen in 20 years.

Here we discuss some of the ways in which smartphones could have changed by 2037.

Battery life
While it is clear that phone capabilities have dramatically improved, users do miss the Nokia days where batteries would last for days on end without the need to recharge. Certain manufacturers have already implemented fast charging technology, for example Chinese start-up OnePlus claims that with its Dash Charge technology the OnePlus 3T model can provide a day’s power after being charged for half an hour. While this represents a significant improvement on its competitors, it still requires a daily charge which is not always practical.

Fortunately, better battery technology is on the way, from nanobatteries to more efficient (and non-flammable) materials. If this isn’t enough for you, Samsung first proposed hydrogen fuel cells in 2008 which use the reaction between water and a metal element in the phone to produce hydrogen gas, which then powers the cell. Batteries could ultimately be powered by water.

Folding phone displays
Phones with curved edges are becoming the norm, so why not a fully foldable device? As screen sizes are constantly increasing, it might be more practical if the whole phone can be folded to fit in a pocket or bag.

Display technology will almost certainly be ready to be folded, it is now just a question of manufacturing flexible internal components.

Samsung has already designed a rollable OLED screen and the internet has begun to speculate on the foldable nature of its next smartphone release. According to a report from the Korea Herald, the ‘Galaxy X’ will be a smartphone that folds out into a 7” tablet.

Super-fast network speeds
The first full internet service on mobile phones was introduced in Japan in 1999 and since then speeds and functionalities have rapidly increased. While it might seem like yesterday that the 4G network was introduced, plans are already in motion for 5G and beyond.

With 5G, speeds will be 70 times faster than what is currently available. You’ll be able to download a full album in the time it takes to read this sentence and stream content without any frustrating lag.

By 2037, we predict that smartphone connectivity will be on a par to having super-fast WiFi with you at all times.

Digital assistants
In the home, talking to yourself is no longer a sign of madness, it is a sign you have an Amazon Echo. Smartphone-wise, the likes of Cortana, Siri and Google Assistant are already major players, but their influence looks set to hugely increase over the next twenty years.

Assistant apps are going to get ever smarter as they discover more about their user. Ultimately, you might speak to Siri just like you speak to your family and friends.

Perhaps smartphones themselves will become redundant as we use small microphones and earpieces to communicate with the cloud instead. One thing we can pretty definitely predict is that we will look back and laugh at the smartphones of 2017.