Football is broken – here's how tech can fix it

Home > Around the Industry > Football is broken – here's how tech can fix it
2nd December 2019
Source: Electronic Specifier
Posted By : Anna Flockett 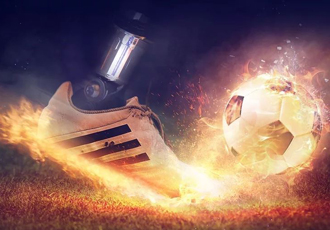 The 2019/20 football season will be the one when everybody realised that VAR technology (Video Assistant Referee) is actually a terrible idea, and is killing the game. But one British company thinks that technology still has a role to play in The Beautiful Game, and help it stay… beautiful. UK based health and safety experts Protecting.co.uk has produced a shopping list of tech ideas that can improve football, slash injuries and controversies, and bring back disillusioned fans.

"VAR has knocked the excitement out of football," said Protecting.co.uk spokesperson Mark Hall. "It's made it too clinical and kills the atmosphere stone dead. We want to bring that excitement back".

It's time for… retractable studs and actual armchair refs
In what is now clearly the greatest ever case of: "Be careful what you wish for", English football fans demanded video referees after John Terry's clear goal against Germany was ruled out in the 2010 World Cup.

But now the video referee is here, and it is sapping the game of any kind of excitement.

So we say chuck it all in the bin and come with us through our top ten list of how technology can help football.

Yes, we're proud that we've managed to use cutting-edge technology to kill The Beautiful Game TO DEATH.

On the other hand, those involved in the sport can use tech sensibly to improve player safety, make life easier for officials, and – most of all – give fans somewhere safe and fun to enjoy the match they love.

Hall said: "There are times when technology needs to take a step back. There's no way a computer can simulate the community and camaraderie of association football. Let's keep it that way."