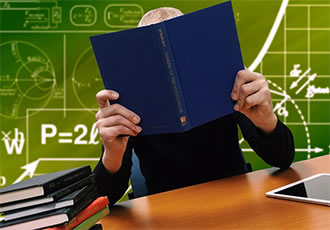 Research recently published by Intern Tech has claimed that, when it comes to preparing students for technology related careers, the UK’s university system is outdated and not fit for purpose. With technology representing the fastest growing sector of the UK economy, it is of pivotal importance that the next generation of talent receives the educational and vocational learning opportunities necessary to support its projected growth.

This month’s Spring Budget recognised the UK’s outdated education system as an important issue, with the Government signalling its intent to address the skills gap through T-level qualifications and additional funding for STEM subjects. However, this research brings the problem to life, bringing into sharp focus just how disconnected higher education is with the current job market and the frustration experienced among graduates as a result.

The survey found that 41% of UK graduates fail to land grad-level jobs after university, and over five million university students regret the time and money spent on their degree.

The research among 2,000 UK adults also revealed that the country’s university system is failing both students and businesses. It found:

One of the main areas for concern was in the lack of knowledge and understanding surrounding the UK’s in-demand technology jobs. When presented with a list of the country’s most sought after roles in the tech industry – including data scientist, social media manager, app developer and cyber security specialist – a massive 48% of graduates said they do not know what these jobs entail or how they would secure one. The concerning findings comes as 93% of firms in the UK’s rapidly growing tech sector say that a shortage of skilled workers is holding their business back.

Intern Tech’s research also uncovered that 30% of UK degree holders think the country’s departure from the European Union will be good for their job prospects. The graduates pinpointed less competition from overseas professionals as a result of Brexit as a positive influence on the job market.

Aaron Wilson, Managing Director of Intern Tech, commented on the findings: “The research has illustrated that universities are failing to equip graduates with the skills and experience they need in the professional world. Consequently, a huge number of degree holders in the UK are left regretting the debt they have been burdened with from university as they are still forced to take jobs below graduate-level or have to complete further qualifications to get ahead. Meanwhile, the country’s innovative high growth companies are being held back by an inability to find the skilled workers they need – clearly something must be done.

“In the Spring Budget the Government signalled its intent to address the skills gap through T-level qualifications and additional funding for STEM subjects. However, today’s survey underpins the immense value of internships, which must be encouraged – they provide young people with vital insight and experience into the jobs and industries they wish to work in. With university education criticised for being outdated, it is essential that students and graduates are encouraged to get hands-on work experience, in turn enabling companies to find potential employees with the culture, attitude and core skills they require.”